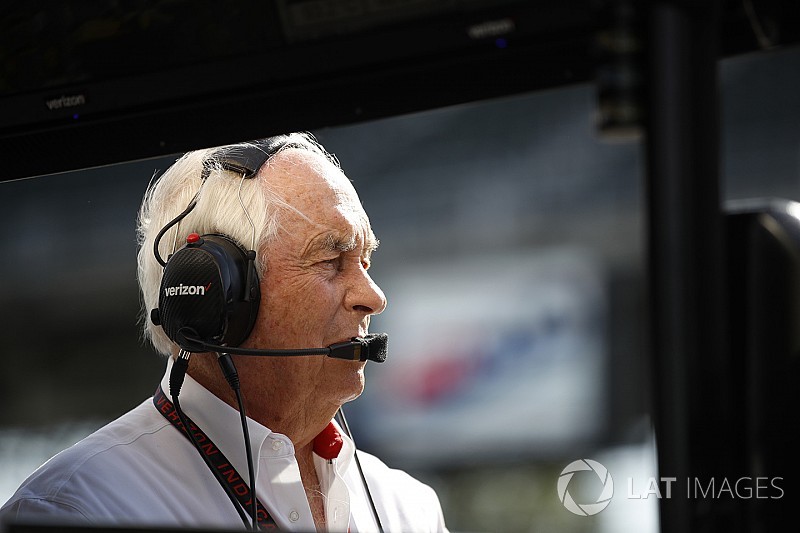 The Aussie series is nearing a crossroads in terms of its manufacturer commitment, with Ford no longer providing any direct funding to the likes of Tickford and DJR Team Penske, Volvo now long gone, and Nissan entering the final year of its current Supercars deal with Kelly Racing.

Holden is currently the most committed manufacturer, the brand in the middle of a generational shift with its motorsport programme thanks to the imminent introduction of the ZB Commodore bodyshape, and the upcoming rollout of the V6 engine, expected in time for the 2019 season.

While Triple Eight is full entrenched in Holden's programme through both the development of the ZB aero and engine, as well as running the factory Holden squad, the idea that more manufacturer support could be required in the next 12-24 months isn't lost on Dane.

And he reckons the best hopes of a new brand joining the sport is fierce rival Roger Penske, part owner of the Ford-shod DJRTP outfit.

"I reckon that the person who is best equipped in the racing world – anywhere in the world – to bring in somebody is Roger Penske," Dane said.

"I hope, both from a Triple Eight point of view and from a Supercars overall and Australian motorsport point of view, that Roger manages to bring in somebody else."

Dane went on to explain that the reason he's backing Penske to get a factory deal done boils down to a shift in the way that race teams need to work with manufacturers.

"It might not be the same relationship as we've always had with manufacturers," he added.

"We can see that things have moved on from the old days where Holden would pay for every single thing. We've got a great structure with them, but there's an onus on us as well to develop the ZB along with their input, but taking an awful lot of the load.

"So maybe Roger can do a deal with somebody on a slightly different level to what's been done before, but to create an opportunity for another manufacturer to come in without it being too onerous an overall bill.

"He's the best bet, and I'd love to see that happen.

"Who with I'm not sure, but we all know who the big targets in the automotive world are and the volume sellers. It would just be great to have one of them. And that would give the impetus to have another one."

However Dane says he's not hoping for a mass influx of new brands into the sport.

He reckons that the sweet spot is three or four fully-committed makes, which allows success to be evenly enough spread to keep the people that sign the cheques interested.

"If you can have three in there, with good teams that can win races on merit, that's all you need," he said.

"What you need is three or four who are committed to it but all get a bite of the cherry.

"But of course that's ultimately up to the sponsors, manufacturers, and the teams to choose a right fit. Because if they're not winning, well, who's going to stick around forever?"