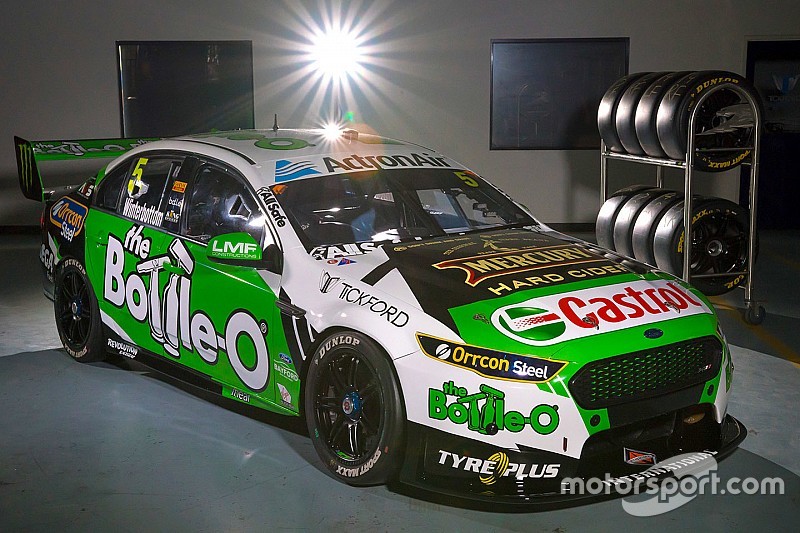 Tickford Racing has unveiled a new look for Mark Winterbottom’s Ford heading into the 2018 Supercars season.

Winterbottom continues his association with long-time Tickford supporter The Bottle-O, which switched its backing to the 2015 series champ for the 2016 season.

But while it’s the same sponsor as the last two seasons, Winterbottom’s car will carry a fresh look, with more white than has been seen in the recent past.

Winterbottom will be looking for a change of luck to go with the change of livery, with hopes  of avoiding a second-consecutive winless season.

“I always love this time of the year,” Winterbottom said.

“As a driver you’re always wanting to get back in the car, and I’m ready to get the new season started.

“Obviously 2017 was a struggle for us, but we finished the year pretty strong which was good. I know we’ve got the ability to run up front, so I’m extremely motivated to get to the pointy end and stay there.”