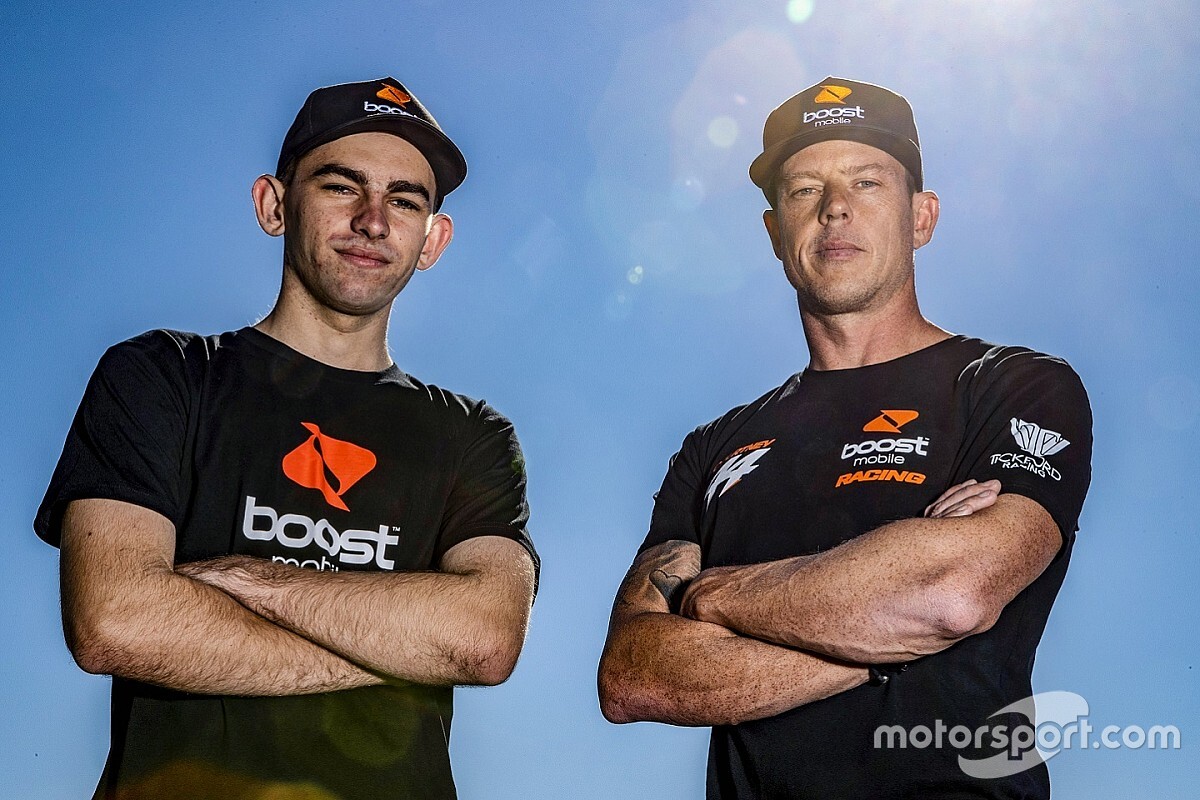 Feeney will be handed his main game Supercars debut on the back of a title-winning campaign in the Super3 series in 2019 and a trio of Top 10 finishes at the Super2 season opener at Adelaide earlier this year.

He'll join an elite list of drivers who made their Bathurst debut before the age of 18, which includes Tickford teammate Cam Waters who first took part in the Great Race when he was just 17 in 2011.

“I’m completely thrilled to be co-driving for Boost Mobile Racing this year,” Feeney said. “It’s amazing to have the chance to compete in the Bathurst 1000.

"Like most kids, growing up I would sit down on the couch to watch the race and always dreamed of being in it, so to have this opportunity is unbelievable. And to do it in such a competitive car and with a driver as successful as JC is incredible.

"To now be able to race the Boost Mobile Mustang in one of the biggest races in the world is surreal. I’m still pinching myself and I absolutely cannot wait to get to the Mountain in October.”

Feeney is no stranger to Mount Panorama, having won the Invitation Class of Bathurst 12 Hour earlier this year at the wheel of a MARC V8 Mustang.

He will be on double duty during the Bathurst 1000 weekend, continuing his Super2 commitments with Tickford on top of his newly-announced Supercars enduro drive.

“Certainly it’s not going to be easy,” Feeney said.

“If it was everyone would do it. I was fortunate to do the 12 Hour earlier this year and get my first miles in at Bathurst, and I’ll be racing in Super2 the weekend of the 1000 so I’ll have plenty of seat time to try and find the most out of myself and the car.

"I’ll have a lot to learn for sure, but JC is a great driver to learn from, and we should have a very good car underneath us which I’m really excited about.

Bathurst is likely to be the only long-distance event on the coronavirus-affected 2020 Supercars calendar, which means there's be no warm-up event for Feeney in September.

"Broc’s ability behind the wheel goes without question, but his work ethic on and off the track has really impressed us this year,” Tickford team boss Tim Edwards said.

“When the season was put on hold due to the pandemic he kept focussing on improving himself, even at times when he didn’t know when the next race would be.

"We signed him to our Super2 programme just seven months ago, but the progression he’s made in that timeframe is remarkable.

"There is plenty of room for him to grow and develop, and we are delighted to help him prepare for his first crack at the main game

The news means Jack Perkins may be without a Bathurst drive. He had been tipped as a logical co-driver for Courtney given that he was already signed on to drive that entry alongside Will Davison, and that he and Courtney have a long history as co-drivers.

There's likely to be one other spot up for grabs in the eight-driver team for Bathurst, with US-based Alex Premat very unlikely to be able to make the trip, however Davison has been linked as the Frenchman's replacement.