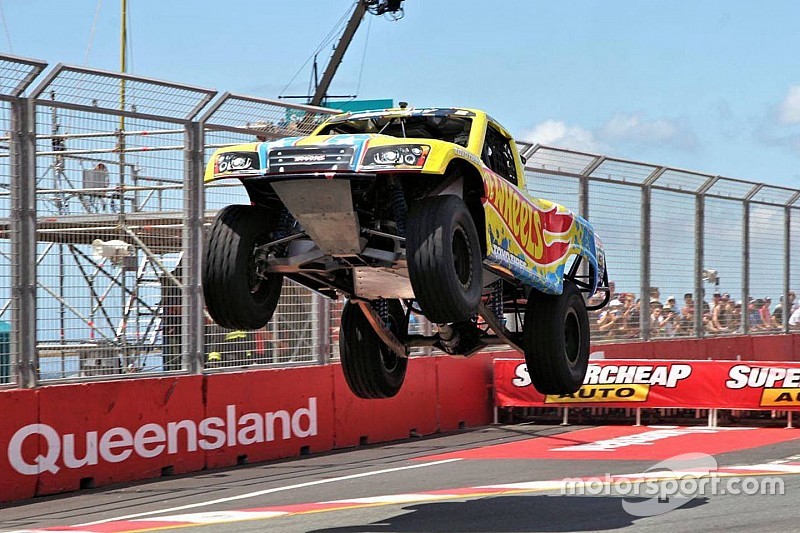 The Supreme Court of Victoria has upheld the controversial suspension of the Stadium Super Trucks series put in place by the Confederation of Australian Motor Sport.

The ugly dispute between CAMS and the American series ended up in court last week, Stadium Super Trucks boss Robby Gordon filing an injunction after the category was dropped from the Gold Coast 600 line-up.

A decision was expected yesterday, however the unsuccessful introduction of new evidence – understood to be Jamie Whincup’s wandering wheel during the Bathurst 1000 – meant it was delayed until today.

The court has now ruled in favour of CAMS, with the suspension to stand for the foreseeable future.

“Whether it is grassroots motorsport or competition on the national stage, the safety of competitors, officials and spectators is paramount and something we will not compromise on,” said CAMS CEO Eugene Arocca.

“As the governing body for four-wheeled motorsport in Australia, we have a responsibility to ensure we do everything possible to make the sport as safe as it can be, and we believe this category poses a significant risk, particularly on a confined street circuit.”

According to a CAMS statement the suspension has actually been in place since May, right after a wheel from one of the trucks struck a pedestrian bridge at Barbagallo Raceway.

Earlier this week SST stakeholder Peter Adderton blasted CAMS for the suspension, claiming it was due to a personal grudge with Gordon and questioning why the series was banned rather than consulted over the safety concerns.

However Arocca says those discussions have in fact taken place, while CAMS has consistently maintained the door is open for the series to return in the future.

“We have been open with the category management about these risks and what action could be taken to enable them to return to action in Australia,” he said.

“Suspending a category is always a last resort. Unfortunately we had no other alternative in this case as we believe there is a significant risk to competitors, spectators and officials.”

CAMS’ responsibility is to ensure we do everything we can to make motor sport as safe as possible for everyone involved in the sport, including competitors, spectators and officials. We are delegated this authority by the Federation Internationale de l'Automobile (FIA).

The decision to suspend any category is always a last resort and one we don’t take lightly, including this category which has proven to be quite popular with motor sport fans.

Following a serious incident at a Stadium Super Trucks round in Perth in May, a CAMS working group was established to consider the safety risks of the category. A number of safety related incidents were then analysed and CAMS’ expert view was that the category posed a significant and increasing risk. It was CAMS’ view that the potential risks were too great to continue, particularly at a confined street circuit.

These concerns were put to the category manager who failed to provide a satisfactory and suitable response to the dangers identified and the decision was then made to suspend the category in Australia. It’s important to note this suspension has been in place since May, 2018.

Since then, the category’s management had applied to the Supreme Court of Victoria to overturn that suspension, filing an injunction against CAMS, however today that injunction was denied in court, vindicating CAMS’ position.