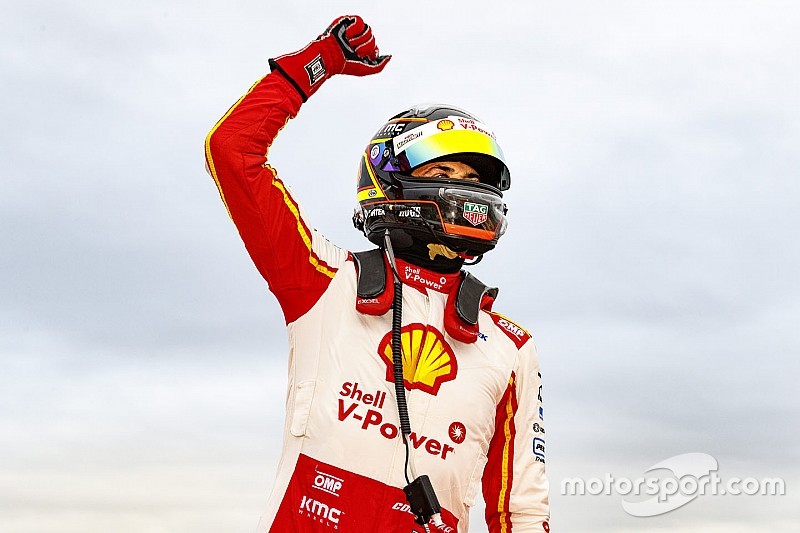 Fabian Coulthard says his drought-breaking race win at Winton will serve as a decent confidence-booster as he looks to get his Supercars title campaign on-track.

The Kiwi took a well-deserved win away from Sunday's 200-kilometre race at Winton, beating teammate Scott McLaughlin off the line before storming to a comfortable victory.

It was his first win since the Sydney Motorsport Park round back in August last year, when he was right in the title fight along with McLaughlin and Triple Eight driver Jamie Whincup.

Having now broken what was a considerable drought given how strong the DJR Team Penske crew has been over the past 18 months, Coulthard says he can head into the four-week winter break with a renewed sense of confidence, and a sense of optimism about his burgeoning relationship with new engineer Mark Fanning.

"It's nice to have the confidence to be back here sitting in the number one spot," said Coulthard. "[It's] good for everybody in our team. My relationship with my engineer, Mark Fanning, I think it's his first win in Supercars as well.

"It's been a big milestone and [it's] good to get back here.

"Mark's been in the team for many years. He hasn't been in a race engineer role; he did that a few years ago and now he's back doing that. He's come to every race, so he knows what's been going on.

"He's got an understanding of what I'm like anyway, so we just working on that link of how we chat, what I think about that and what he interprets that as being. It's all working very well, we've just not had very much luck this year. So hopefully this is the turning point.

"I'm seventh in the championship so lucky seventh."

Coulthard reiterated the fact that luck, not necessarily car speed, has been a huge contributing factor to relatively low points haul so far this season, with issues such as a bizarre wheel nut failure in Tasmania proving costly.

"I feel like we've been fast enough at other events but we just haven't had the luck," he said.

"A couple of little things as a team we haven't got right, and that's just basically hurt us.

"We just need to do everything correct and I think lately we've been doing things well. It's been a solid weekend for Car 12's side of the garage.

"We just need to keep building on it and go to each new event and do the best we can, and if our best is not good enough we need to make do. I'm looking forward to the year ahead. The more we work together with Mark and the rest of the team, Ludo [Lacroix], Scotty, the better it gets."

While referencing that he hopes the win is a turning point, Coulthard was cool on what it could mean in terms of his title hopes and the 408-point deficit to McLaughlin.

"We'll do the best we can at each individual event," he said.

"We've got to keep scoring those points. It's a tough championship. You don't get many points between each position, so the goal is to win races.

"That'll be like that until after the Gold Coast at least."