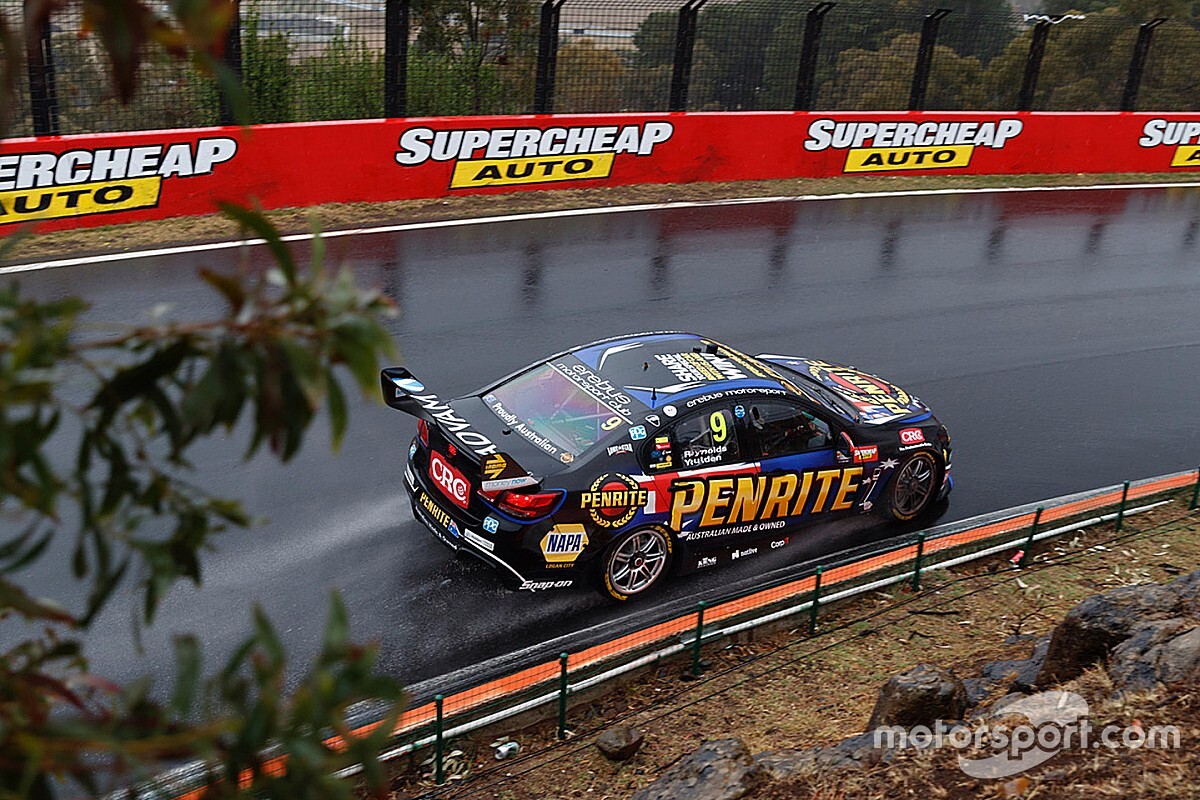 A sponsor conflict and concerns over the infamous "p***ywagon" controversy meant there was a concealed graphic on the 2017 Bathurst 1000-winning Erebus Holden.

Penrite Oil, which backs the Erebus Motorsport Supercars squad, has been running an ongoing series of blog posts unearthing livery concepts that never made it onto a car.

This week's post explains how the David Reynolds/Luke Youlden car that won the 2017 Bathurst 1000 had part of original design concealed for the race weekend.

According to the post, there should have been a large black panther on the roof of the Holden as part of a promotion from car care company Kitten.

However it was blocked by main backer Penrite for two reasons.

Firstly, it was deemed to take an existing sponsor conflict through CRC, which Penrite had to that point put up with, too far.

Secondly, there were concerns that having Reynolds in a car sporting a large feline on its roof – two years after he was fined $25,000 at Bathurst for labelling the Simona de Silvestro/Renee Gracie entry the "p***ywagon" – was asking for trouble.

"There was a pretty big disagreement over this car , there was nearly no Penrite branding on this car at Bathurst," reads the post penned by the brand's motorsport boss Jarrod Harding.

"After calling [team CEO] Barry [Ryan] and the commercial team to track down the final artwork we were advised they were finalising a deal with an existing sponsor to include another of their sub brands across the roof of Dave's car.

"Rewinding back to 2016 when initially this brand wanted to come in on the team, Penrite had already shaken hands on a non-exclusivity deal that we would be the only oil [and] lubricants partner [including] car care.

"In the week between the handshake and the contract being drawn up, the other company committed to coming onboard.

"At the time Erebus Motorsport were struggling with sponsor support due to the move to Melbourne and changing cars etcetera. Though the other sponsor was a bit of a conflict to us on a few products. We mutually agreed it was in the best interest of the team to allow them in, but we put a caveat in place that that could not include any of their other subsidiary brands they own as that would further conflict.

"Fast forward a year and a half later and in the usual busy Bathurst lead-up Erebus had forgotten this part of our deal.

"It was actually a really unfortunate circumstance that shouldn’t have happened in the first place. There was no real malice in it, it just happened. So a week out from Bathurst and the conflict too big to overlook, we dug in our heels. There was no way that was going on the car.

"Other than the commercial implications of a conflicting sponsor we didn’t think it was a good idea to have a giant black cat on the roof of Dave's car so close behind the "p***ywagon" saga.

"As you can imagine a lot of words were exchanged by all involved, contracts were waved about the place and several heated meetings occurred to find a resolution.

"Ultimately Barry told me if i wanted it off the car to rip it off my myself. After attempting to do just that, we released it was a full roof wrap. The Erebus guys later covered it over with a piece of black gloss vinyl as the car was being loaded into the truck.

"If you look closely you'll see that the patch doesn't match the satin black we chose for that livery.

"Arriving at Bathurst, It was bit of an icy start as it had caused a bit of friction between everyone. However that was ultimately resolved with a handshake race morning and an agreement to better communication between all parties."