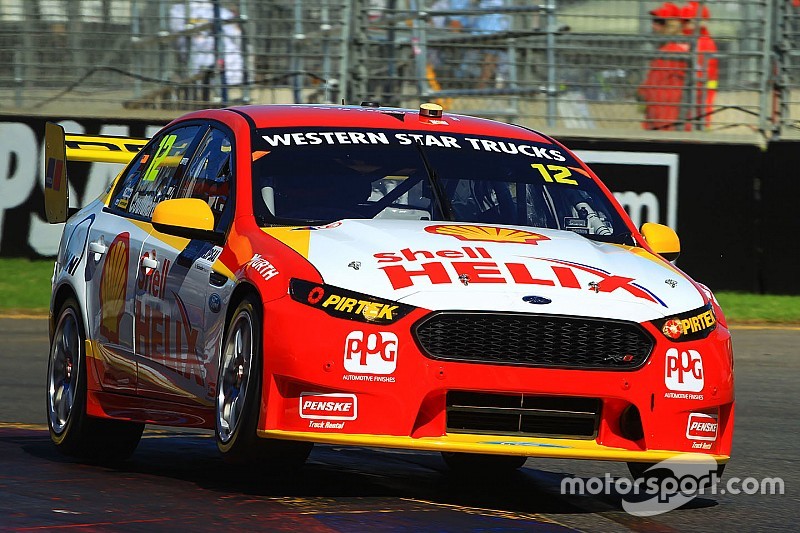 Coulthard ran smack bang in the middle of the Shootout order after being fifth quickest in qualifying, and it was a massive final sector that was the key to him rocketing up the order.

While Shane van Gisbergen, Jamie Whincup, and Chaz Mostert all managed to be quicker than Coulthard to the second sector, none of them could do enough to stop the Kiwi from bagging pole.

“We qualified 18th yesterday, so to turn it around to be P1 is awesome,” said Coulthard.

“My guys have done a fantastic job. It’s nice to start at the front.”

Mostert will start second after missing out by just 0.006s, while van Gisbergen was also within a tenth, falling 0.018s short.

Scott McLaughlin will start fourth, ahead of Whincup who had a tough final sector after being up at S2.

Cam Waters moved up one spot from qualifying with P9, thanks to James Courtney using too much kerb through Turn 1 and being forced to abandon his lap.