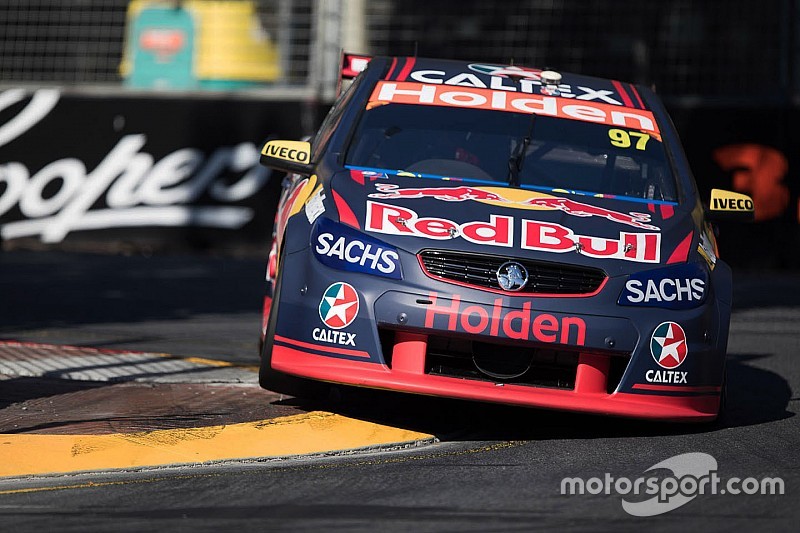 Shane van Gisbergen topped a record-setting qualifying session on the streets of Adelaide to ensure he’ll run last in the Top 10 Shootout.

The Saturday race winner was blindingly quick during the 20-minute session, locking down top spot with a practice record smashing 1m19.295s on his last run.

Red Bull Holden teammate Jamie Whincup did his best to match van Gisbergen’s time, going under the practice record himself with a 1m19.333s right at the flag.

They weren’t the only two under the old record either, DJR Team Penske pair Fabian Coulthard and Scott McLaughlin both beating yesterday’s quickest time to go third and fourth respectively, while Prodrive Racing’s Chaz Mostert did likewise to go fifth fastest.

Cam Waters kept his promising weekend going by booking a Shootout spot with the ninth best time, while Garth Tander grabbed the final spot on his final lap, knocking Scott Pye, the man who replaced him at the Walkinshaw set-up, out of the Top 10 in the process.

There wasn’t a single Nissan to make the Shootout, Michael Caruso the best Altima in 13th while form man Rick Kelly slipped down to 19th.

Mark Winterbottom was a surprise omission from the Top 10, qualifying 12th, while Craig Lowndes missed out again, the veteran star with the 15th best time.