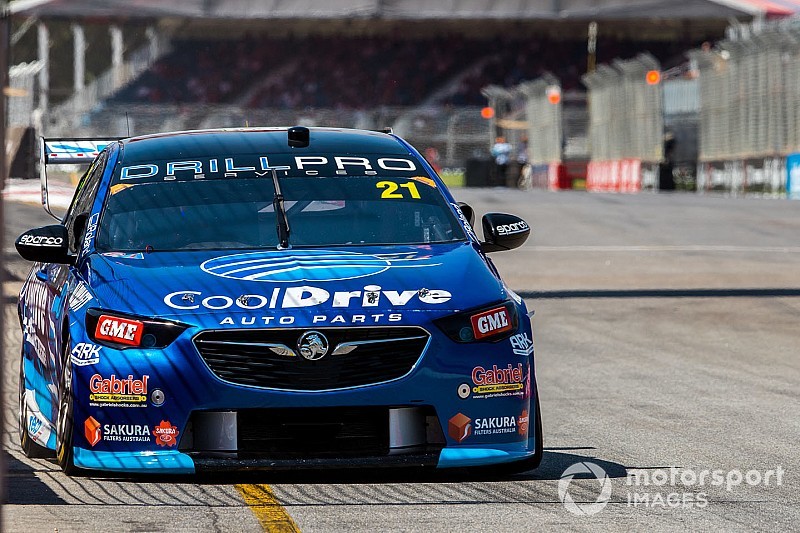 Dean Canto will be on the Bathurst 1000 grid for a 21st time this year thanks to a deal with Brad Jones Racing to partner Macauley Jones.

The veteran was in danger of being stranded on 20 Bathurst starts when Tickford Racing left him out of its enduro plans for 2019 following an 11-year stint with the Ford squad.

However he's landed an enduro lifeline at BJR, Canto set to partner Supercars rookie Jones for the long-distance races after sampling the CoolDrive-backed Commodore at Winton earlier this year.

“I got a phone call prior to Winton asking me if I would drive the Team CoolDrive Supercar in the additional driver session, knowing it was an opportunity for the team to assess the possibility of me driving with Macauley for the endurance events," said Canto.

“I have been where Macca is so I know too well the mental challenges this job can place on a driver. I am more than happy to give him any help along the way as his Supercar career takes off.

“When I think about the team and the enduros, several times they’ve had me thinking ‘how did they get that lap back?’ or ‘that was a smart move’.

"It’s not just about having the fastest car but having good strategy, and Team CoolDrive/BJR have always executed that well as a group.”

Macauley Jones added: “I’m excited to have Dean join me in the Team CoolDrive Supercar for the Endurance Cup this year.

"Dean has achieved some great results over the years, establishing himself as one of the reliable, good guys in pitlane. Having a 20-plus year career in the sport undoubtedly proves that point.

“I’m looking forward to tapping into Dean’s wealth of knowledge and seeing what we can achieve in the Endurance Cup.”

Canto's signing rounds out BJR's enduro driver line-up, with Ash Walsh set for a fourth year alongside Tim Slade, and Nick Percat to be joined by Tim Blanchard.

Caruso to sub for Stanaway again at Queensland