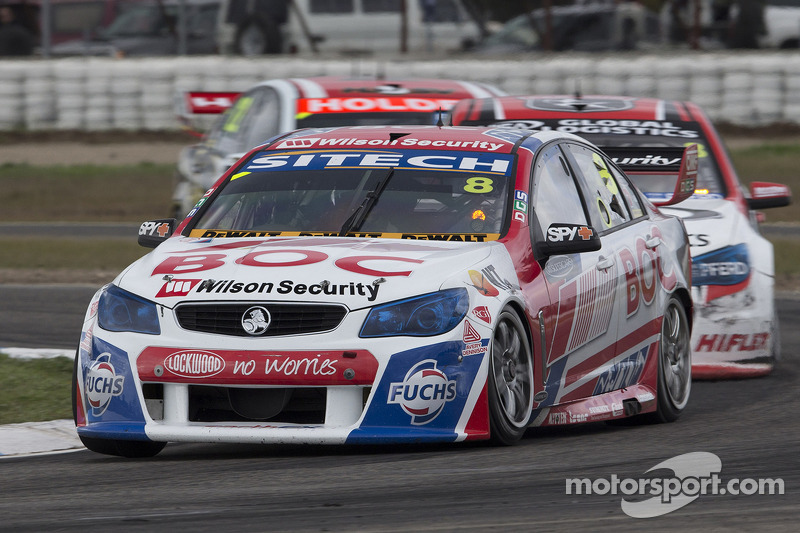 Bright finished a strong second in the first practice session, but then 20th in second and 21st in third.

It was a tale of extremes for Team BOC's Jason Bright today, who was left slightly mystified after the three practice sessions at Symmons Plains for round two of the V8 Supercar championship. 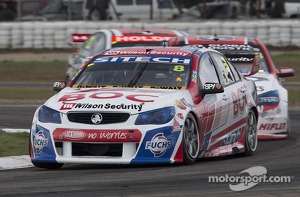 Bright finished a strong second in the first practice session, showing the pace in the Team BOC VF Commodore, but felt something was awry with the car towards the end of the session after two unusual brake lock ups - one of them causing a brief off track excursion.

From then on, it was a battle for Bright, finishing the second session in 20th and the third in 21st.

"We started the day with really good pace but near the end of the first session I got some really weird brake lock ups. Every since then we've struggled. We need to check the car over - i'd be surprised if we don't find something that's not quite right. We'll just have to start looking. It felt like the pace was in the car this morning for sure. I feel like we've got the pace but there's a problem.

Tight at the top at Symmons Plains