Bright Bounces Back in Perth 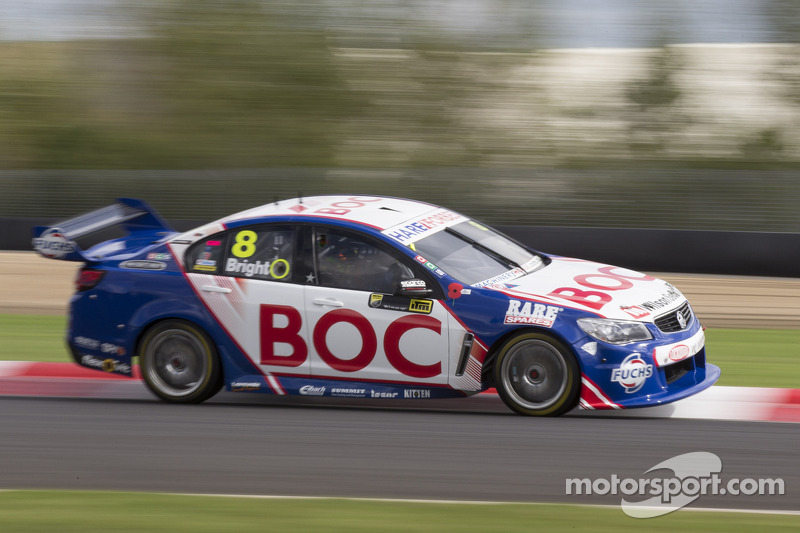 Jason Bright hit back after the disappointment of yesterday.

Team BOC's Jason Bright hit back after the disappointment of yesterday's two 100km races, with a solid sixth place finish in the final race of round five of the V8 Supercar Championship in Perth today.

Bright finished 13th and 17th in yesterday's two 42 lap races and was determined to fight back in today's 83 lap race at an overcast Barbagallo Raceway.

Running a bold three stop strategy, one more than other drivers, Bright pitted early on lap 20. With fresh tyres and strong car pace, he was soon streaking through the field and by lap 31 he was in the lead.

After losing the lead to FPR's Chaz Mostert on lap 42 Bright came into the pits for his second stop, which again left him leading by lap 60 when he pitted for the third time.

Sitting in sixth with 23 laps to go and with fresher tyres than his competitors, a safety car would have brought Bright into race winning contention but unfortunately it wasn't to be and he finished right behind team mate Fabian Coulthard in sixth.

Jason Bright: "The strategy was as much of an insurance policy as anything else because we were right behind Fabs and would have had to queue (in the pits if there was a safety car), we decided that three stops was an option at the start of the race and we didn't think there was a big difference either way but if a safety car came out it would have really worked in our favour, which unfortunately didn't happen. The car was really strong though, we kept moving forward and proved what we worked out - that it was going to be line ball either way."

Brad Jones (team owner): "It was a pretty exciting strategy that the car ran in the end. It banked on a safety car at some stage during the race and one didn't come and they ended up a little short at the end but it was a pretty aggressive strategy and got them up to sixth. It was good to watch and all they needed was a safety car and they would have been in it to win it."

More points for Coulthard at Perth