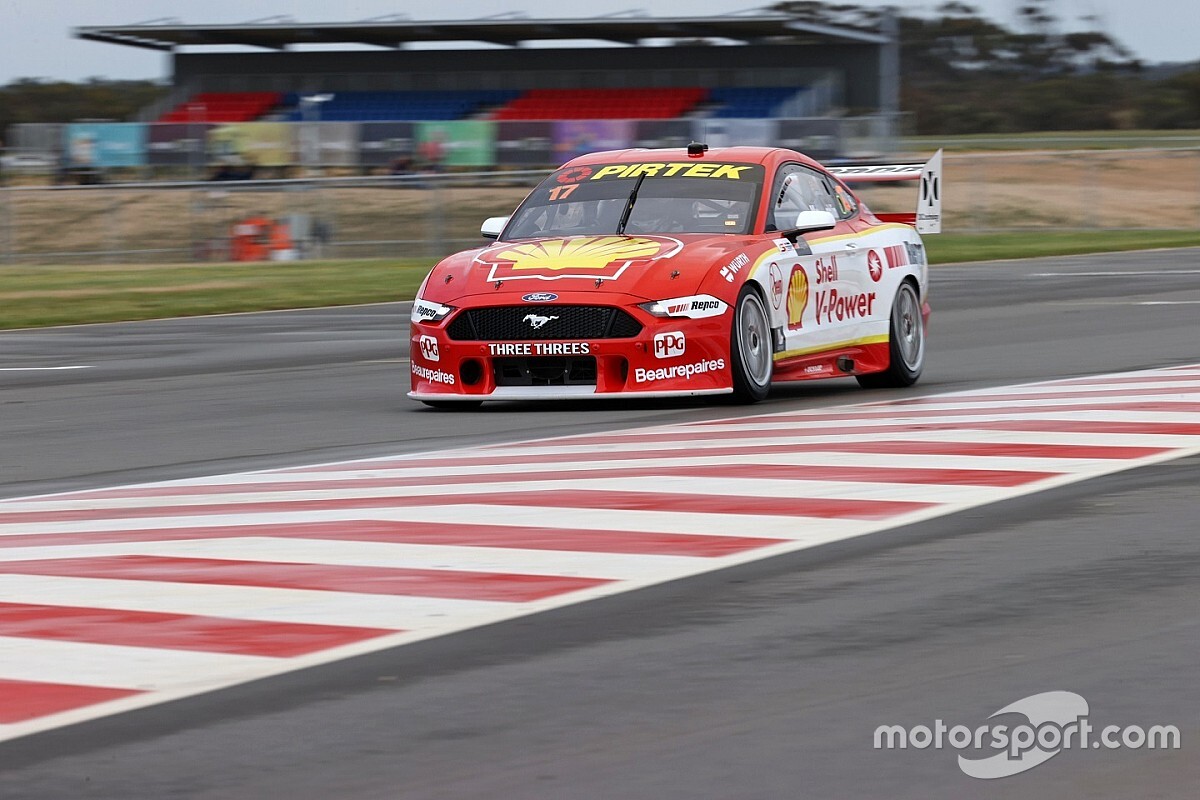 Scott McLaughlin is now firmly in control of the Supercars title fight thanks to a comfortable Race 3 win at The Bend.

The Penske Ford driver was untroubled across the 24-lap journey, helped by having teammate Fabian Coulthard slot into second at the start.

From there the Shell Mustangs were able to control the race, McLaughlin running two even 12-lap stints in what ended up as a 1.8s win in a Penske one-two.

"The car is fantastic to drive, a pleasure to drive," said the Kiwi.

"I think track positioned helped, being in front. It was important I got the start, and thankfully I did."

Jamie Whincup limited the damage to his title hopes with third place, his only appearance on the podium for the weekend.

It didn't come easy, though, Whincup needing to overhaul a rapid Anton De Pasquale – who started all the way down in 18th – in the second stint.

He needed two cracks at clearing the Erebus Holden, the first resulting in contact between the pair at Turn 6. Whincup redressed the position before getting the job done two laps from home.

McLaughlin's win, however, meant Whincup dropped points in all three races, the gap now 215 with four races, worth a total of 600 points, to go.

Shane van Gisbergen had a shocker in the final heat, the Race 2 winner sparking an early pile-up when he tipped Andre Heimgartner into a spin.

That led to heavy contact for the likes of James Courtney and Mark Winterbottom, those two drivers taken out of the race.

Van Gisbergen was hit with a 15-second time penalty for his efforts, 14th the best he could manage by the finish.