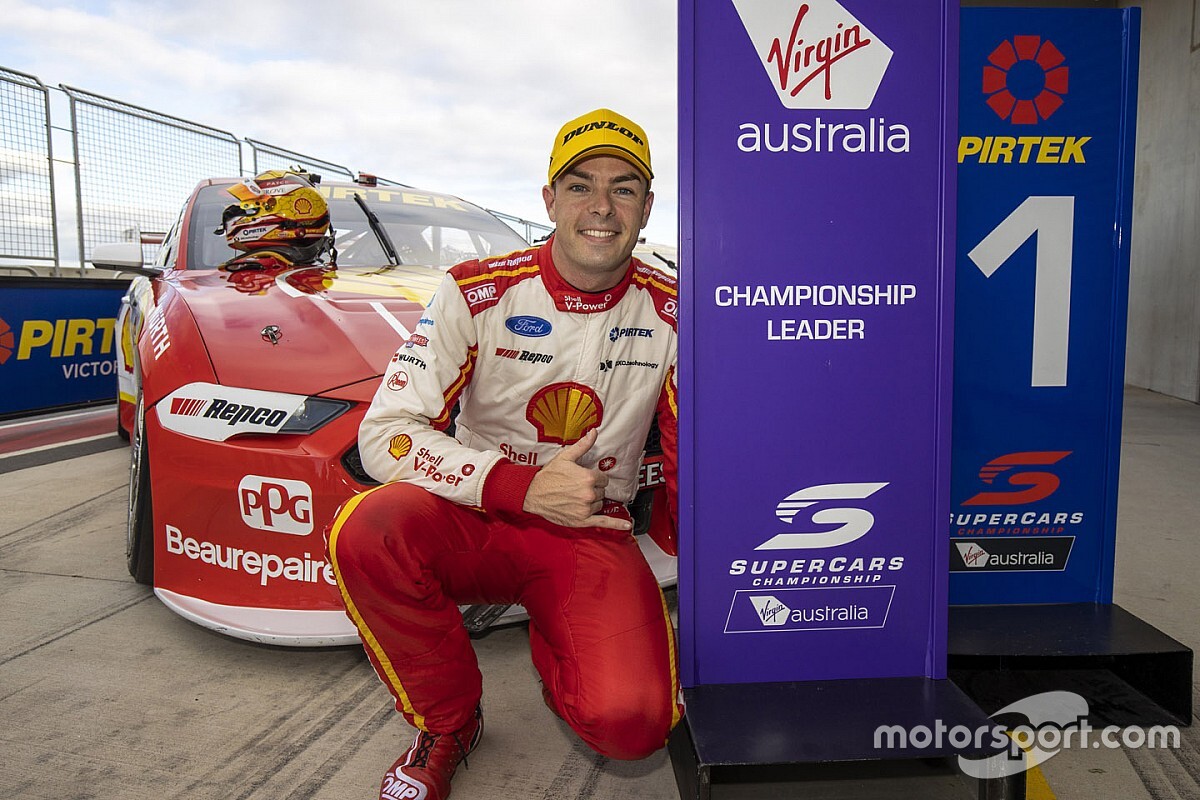 The DJR Team Penske driver made light work of the start, storming into the lead from pole ahead of Jack Le Brocq and van Gisbergen.

Le Brocq kept McLaughlin honest across a short first stint, too, before diving into the pits to try and undercut the leader on Lap 6.

It didn't work, McLaughlin stopping a lap later to cover Le Brocq off, but it didn't inadvertently bring van Gisbergen into the game.

As usual the Triple Eight crew decided to run long with the #97, van Gisbergen not taking his mandatory service until Lap 15. He resumed in second place and, with fresher rear tyres, was able to quickly slash McLaughlin's three-second lead down to a few tenths.

But that was as close as he could get, McLaughlin holding his nerve with mirrors full of van Gisbergen to take a 12th victory of the season, and 55th of his career to match Garth Tander in fourth on the all-time winners list.

"Overall I'm really happy," said McLaughlin. "Shane was coming at me really hard there. I tried to leave a little bit in the bank when he was coming at me, to charge on when he really got to me. That plan worked for me."

Van Gisbergen, meanwhile, was left to rue the decision to take on new rears rather than left-hand tyres at his stop.

"I ran a bit long and did rears," he explained. "I caught Scotty but he was just too good. Maybe if we did the side [tyres] I would have had a bit more front grip. But [there was] a bit of aero wash and he was putting the car perfectly, I couldn't even get close enough to have a lunge."

Cam Waters finished a lonely third, having benefited from some bad luck from teammate Le Brocq, whose Tickford Ford coughed on the way out of Turn 6 not long after his stop.

That helped Waters close the gap, before taking the final spot on the podium from Le Brocq on Lap 16.

In terms of the title fight, Jamie Whincup dropped more points with a relatively lowly 10th place finish. The T8 driver made good initial progress, going from 14th on the grid to 11th on the first lap, but ultimately found himself stuck in the middle of a three-car train with Fabian Coulthard and Chaz Mostert.

McLaughlin now holds a 263-point advantage over Whincup, with 300 the magic number for the Kiwi to seal a third-straight title this weekend.