Bathurst Wildcard a work in progress for Porsche star 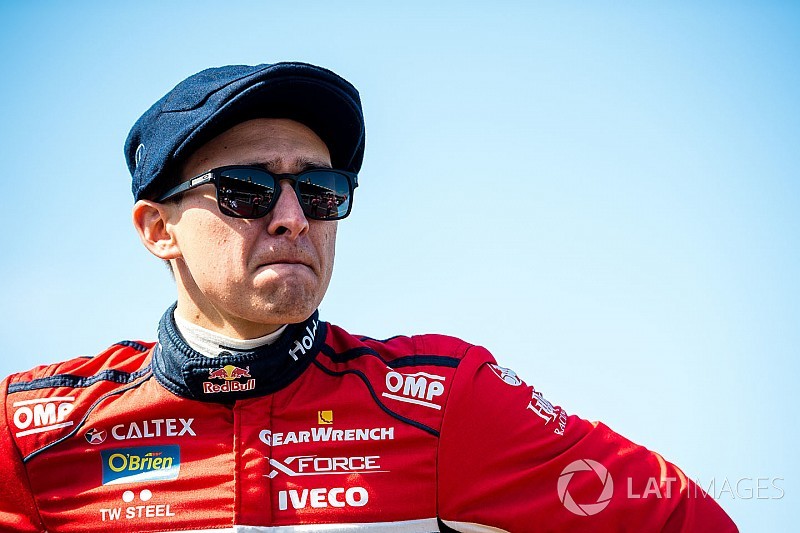 A Bathurst 1000 wildcard entry with Triple Eight is still a work in progress for Porsche driver Matt Campbell.

Campbell, gearing up for his second year as part of the Porsche programme in Europe, has been earmarked as the preferred lead driver of a Triple Eight Wildcard entry with a V6-powered Commodore at Bathurst in October.

That would mean a third consecutive Great Race start for the young Queenslander, who partnered Todd Kelly in a Nissan in 2016 before shifting to Shane van Gisbergen's Red Bull Holden last year.

He is unable to commit to all three Supercars enduros this year, though, prompting Triple Eight to sign Earl Bamber to partner van Gisbergen.

According to Campbell, more discussions around the idea of a one-off Wildcard for Bathurst took place with Triple Eight boss Roland Dane in the lead-up to the Bathurst 12 Hour last week.

However, he says he's not quite in a position to commit.

"I was only talking to Roland again last week," he said. "[We] talked a bit further about it but there's so much to organise and deal with in that time.

"That's still, I think, the plan. We're still working towards it. There's no date clash or anything like that but he has to work on a lot more, obviously confirming the other drivers and everything like that.

"Everything's looking positive but I'm not saying yes or no because a lot can change in that time, because it's so far away. Something could crop up with Porsche or maybe that programme is all done quite late with everything.

"I'm sure it will happen for [Triple Eight], no doubt about that. But we just have to keep working together and chipping away."

While a V6-powered Commodore could appear as a Wildcard entry even earlier than the Bathurst 1000, Campbell ruled out making an appearance himself at any of the sprint rounds between now and October.

"I don't want to spend too much time in Australia doing other things like that, but if I can do something like hopefully the 1000, that's great. It's a massive event, it's a home race and something I love doing. I've done it for the last couple of years.

"Obviously the three races this year weren't possible with date clashes but I would like to come back [to Bathurst] as a Wildcard. I think that would be a great opportunity."