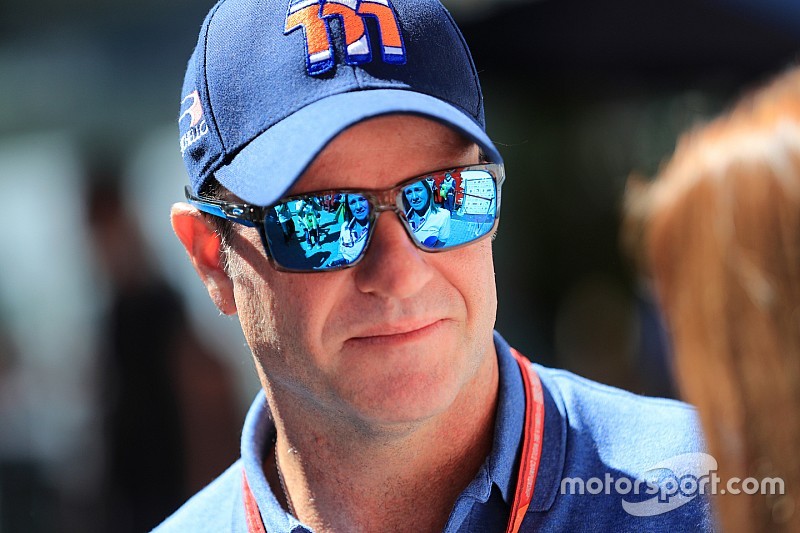 Rubens Barrichello's impending trip to Australia to race an open-wheeler could lay the foundation for a future Bathurst 1000 campaign.

The Brazilian will jet down under next week for a one-off start in the brand new S5000 series at Sandown.

It will be the first competitive outing in a high-powered open-wheeler for the 11-time grand prix winner since his sole season of IndyCar back in 2012.

But while this trek to Australia is all about single-seaters, Barrichello also has the country's top touring car series in his sights.

Inspired by former Supercars driver and close friend Max Wilson, the ex-Ferrari F1 star admits the Bathurst 1000 is on his bucket list.

He also says he'd like to team up with Wilson, who spent seven years racing Supercars, for a crack at the Great Race.

Wilson, a starter for teams such as Triple Eight, Dick Johnson Racing and Brad Jones Racing, left the series at the end of 2008.

"I would love to [race a Supercar]," Barrichello told Australian media prior to flying to Melbourne.

"I always tell one of my best friends, Max Wilson, who drove there for such a long time, that I would love to be race at Bathurst, and to be able to do that long race with him or with somebody there.

Barrichello's career has well and truly transitioned into closed cars over recent years, the 47-year-old a champion and regular race winner in the Stock Car Brasil series.

Combined with a karting programme, as well as one-offs like the S5000 deal, he says he's relishing a less serious, highly-diverse phase of his motor racing journey.

"I’m racing more often now than I used to when I raced in Formula 1," he said.

"I’m having a great time, and it’s been fun all the way, so good things are happening and it’s a great time for me to get in the car and just have fun.

"I think that you get to a certain age that you do feel competitive, but it’s a lot less pressure than you used to have. So it’s nice."