Australia to open sporting events to crowds in July 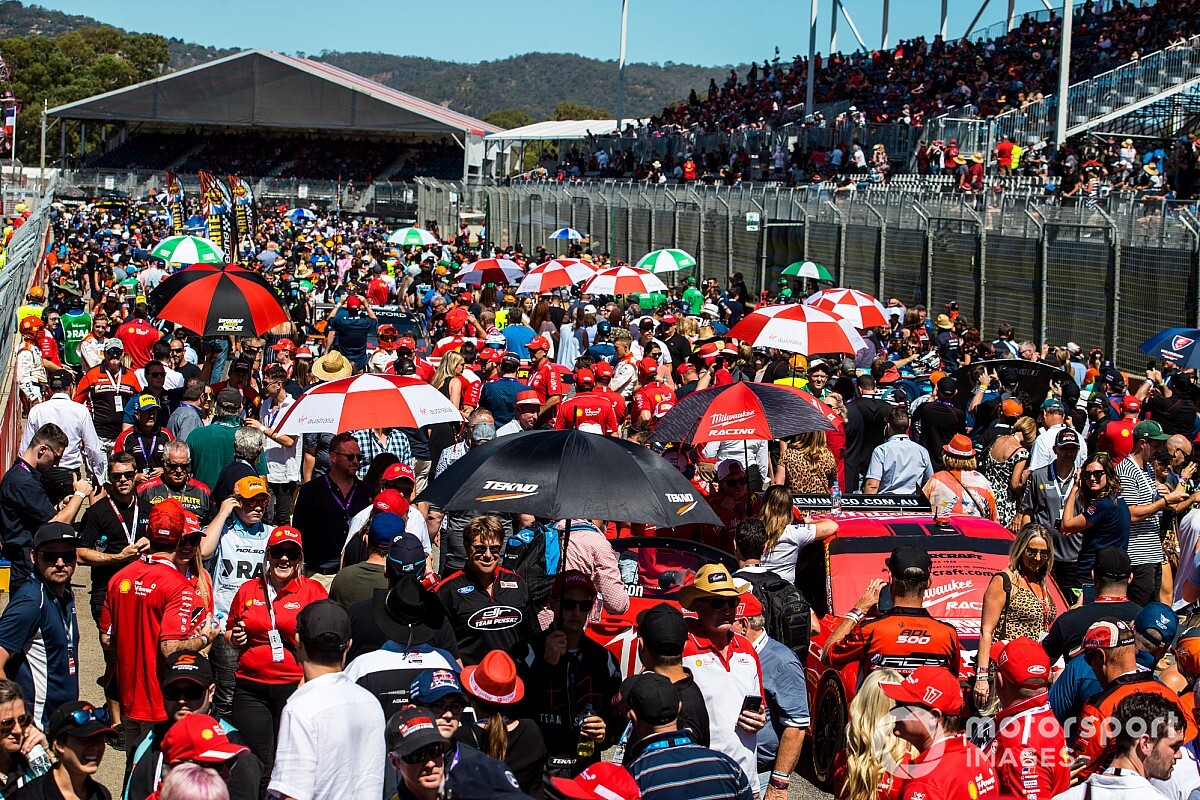 Australia will allow up to 10,000 people into sporting events as of some point next month Prime Minister Scott Morrison has announced.

Morrison confirmed a raft of changes as part of a 'Step 3' of easing restrictions, the timing of which will ultimately be determined by the individual states and territories, but is expected to be rolled out during July.

Venues capable of holding up to 40,000 people will be allowed to operate at 25 per cent capacity, opening the door for limited crowds to return to sporting events, concerts and festivals.

The events, however, have to be ticketed and seated.

"It would have to be a large, open area," said Morrison. "There would need to be seats at the appropriate distance. It would need to be ticketed, so people would be able to understand who was in attendance at that event."

The seating rule means it's unclear how it will affect motorsport, particularly at venues without significant grandstand infrastructure.

However Motorsport Australia CEO Eugene Arocca has still welcomed to decision, and is confident it will benefit motor racing in the near future.

“While today’s announcements on crowd numbers are more clear for traditional stadium sports, we’re confident that given our hard work behind the scenes, motorsport can enjoy the benefits of the relaxed restrictions in a safe and sustainable way in the coming weeks and months," he said.]

“Both myself and our hard working Motorsport Australia staff are in regular dialogue with all levels of government and we will continue to provide advice to our members and clubs about how these restrictions will apply to motorsport, including understanding how crowds at events such as the Shannons Motorsport Australia Championships and the Virgin Australia Supercars Championship can return as soon as possible.

“We must ensure that we do things properly, in consultation with all levels of government, and do not risk any outbreaks at events. The detail in Return To Race and the issuing of permits is being done with the utmost care for not only everyone involved in the sport, but also for the entire community.”

Supercars is known to be hoping to welcome campers and crowds to its Winton round in mid-July.

Meanwhile Australia's state borders are beginning to open, which will ease the burden on race teams looking to take part in national championships.

South Australia has announced its hard border closure will end on July 20, while Queensland – home for Triple Eight, DJR Team Penske, Matt Stone Racing and Team Sydney – is working towards opening on July 10.

Western Australia and the Northern Territory are yet to offer a clear re-opening date.

As first revealed by Motorsport.com yesterday, Supercars is set to revamp its revised schedule to ensure the season finishes inside the 2020 calendar year.