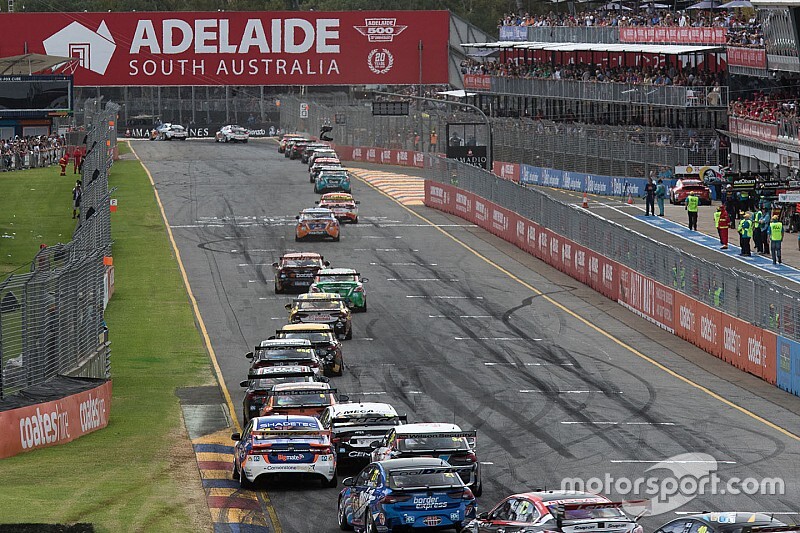 Australian Racing Group is confident that Supercars won't be able to block a deal for Touring Car Masters and TA2 to appear on the Adelaide 500 bill next year.

ARG, which is positioning itself as a second major motor racing promoter alongside Supercars, has secured a package agreement with Adelaide 500 organisers for both TCM and TA2 to appear on the undercard next year.

Both categories recently moved under the ARG banner, having previously been independently owned and promoted.

TCM is a staple of the Supercars support programme, harking well back to its pre-ARG era, while a dispute over category management rights has prevented TA2 from running at CAMS-sanctioned events – something ARG is close to rectifying.

Speculation is rife that Supercars is unimpressed with the potential of TA2, which features V8-powered Ford Mustangs and Chevrolet Camaros, appearing on the Adelaide bill.

The issue is further complicated by ARG's involvement, Supercars understood to have played a key role in a deal for TCR Australia to race in Adelaide falling over.

But ARG boss Matt Braid is bullish about further involvement from Supercars that could adversely affect the TCM/TA2 deal.

"All I can say on that one is that we have an invitation for TCM, including TA2, to appear at the Adelaide 500," Braid said.

"Which is great. We obviously want to go there, so as far as we're concerned that's underway.

"We're progressing on the basis that TCM and TA2 will be at Adelaide.

"It's not [Supercars'] event. It's the Adelaide 500, and all of our discussions have been with them as the promoter.  They want the classes there, so there's no reason why we can't play.

"What happened with TCR happened. If it happens again with TCM and TA2, if [Supercars] wants to arc up about that sort of stuff, then that will be disappointing again.

"Realistically we think we're in a good position. What objection could they have to those categories?"

Braid added that he doesn't think both Supercars and TA2 having V8-powered Ford Mustangs should lead to any resistance from the Aussie touring car series.

"I'd be surprised if that's the argument. I don't think that's warranted. But again, we're talking to the organisers and promoters of the event. Supercars has nothing to do with that.

"Our conversations, our agreement and our communication is with the Adelaide 500."

Supercars CEO Sean Seamer denied that a straight block was in process, instead claiming that IP issues regarding the use of Camaro and Mustang bodyshapes are providing a complication.

"Obviously we've got very strong, important relationships with GM and Ford in the main series, so we have to be protective about that.

"But we are talking to the ARG about TA2 and all of their categories at the moment. Those conversations have not finished."

Seamer also denied ARG's involvement being a factor, citing his friendship with James Warburton, one of ARG's non-executive directors.

"Everybody here is friends with those guys... I still catch up with James and have a beer with him," said Seamer.

"I'm not treating them any differently to anybody else.”