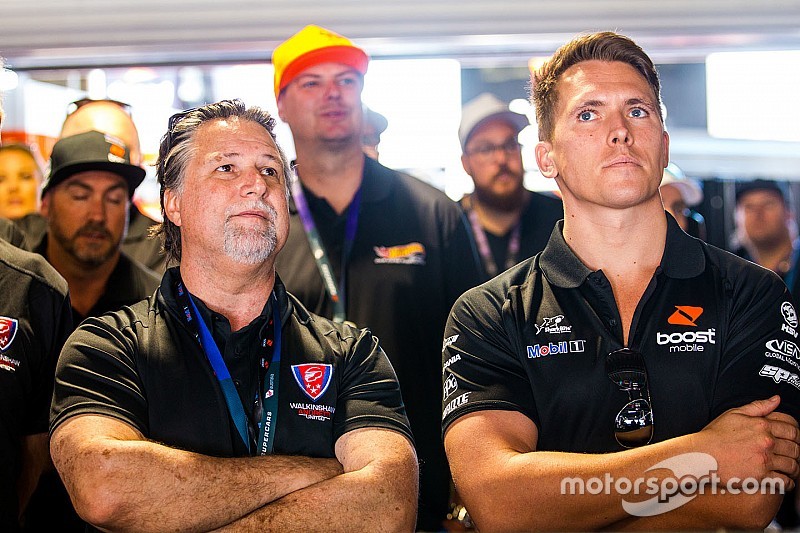 The famous American team owner was left deeply impressed by a change in team culture at WAU on his return to the garage over the Bathurst weekend, as he made his first trek down under since the season-opening Adelaide 500.

According to Andretti, the upswing in attitude compared to a year earlier made him feel like the team is a genuine contender, even if its yet to start beating the likes of Triple Eight and DJR Team Penske on any sort of regular basis.

He’s also confident that toppling those powerhouse teams will happen in the future, labelling the dominant T8 outfit as “beatable”.

“I think there's been some good key personnel changes within [WAU], and I think our relationship together has really helped change the whole feel of it,” Andretti said.

“I think it’s just an attitude change, it’s a more positive attitude. You come in here and you feel like you're going to win the race. That's a big deal because when you can feel that energy within the team, that's when things start to really click.

“I think we're getting to that stage.

“I don't think we're where we want to be, [but] I think there's a tremendous amount of potential here to get there. I see it there. I guess what I’m saying is they're beatable and we will get there.

“We will beat them eventually.”

Ryan Walkinshaw agreed with his fellow co-owner’s view on the winning attitude now alive and well in the WAU garage, adding that he feels the team is on track to achieve its goal of fighting for the Supercars title in 2020.

“The belief comes from a whole range of different things, but now that we've got the cars going faster, we've [still] not seen the genuine potential of them. We've had a couple of disappointing rounds, so we feel we've done a lot better this year than the results have actually shown.

“At the same time, we actually sat there last year and said ‘this is a three-year programme, we want to do better this year, change the culture [and] improve the technical side of things. Year two, go in there and win races and get regular podiums. Year three go and fight for the championship’.

“And feel so far in our first year we've achieved what we've wanted to achieve. Then we've got years two and three, [so] there's still a lot of hard work to do. We're not counting any chickens, we've still got a lot of hard work ahead of us.

“But we feel we've got the right ingredients to go and give it a crack.”