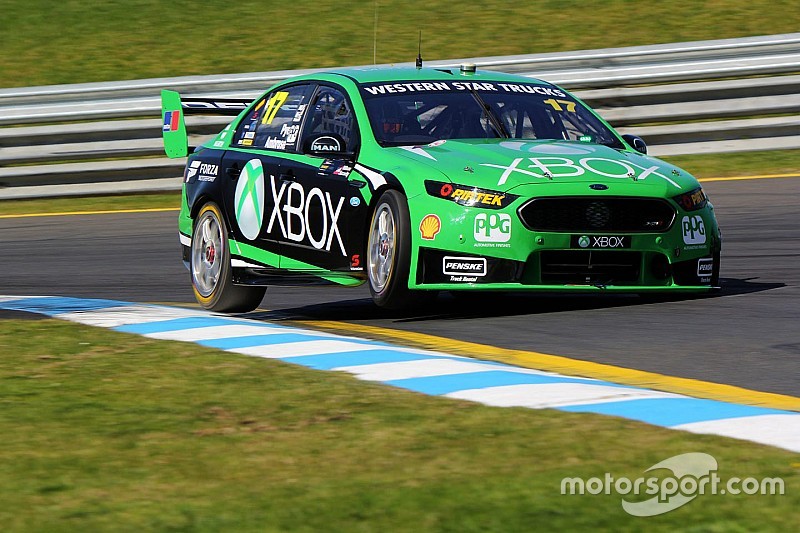 The American team took an ownership stake in the former Dick Johnson Racing operation at the beginning of this season, with Ambrose returning from a lucrative NASCAR career to drive a single-car entry under the DJR Team Penske banner.

But Ambrose’s time as lead driver lasted just one championship round, before the two-time series champion stepped away from the seat and was replaced by Scott Pye.

However, with the team currently on an upswing in form, Ambrose says it won’t be defined by the struggles that plagued the opening part of the season, rather by the way it has fought back into contention as the season has worn on.

“Scott jumped in the car in tricky circumstances, there was a lot of attention on Scott early on there,” said Ambrose.

“We’ve been able to get through all that and just get on with the basics of working on our team and our car. We’re getting better every single week.

“This has been a trying year for us, but it’s certainly not going to define DJR Team Penske. They’re going to come back in 2016 really strong, and we’re going to keep building for the rest of this season.”

For the first time since arriving back in Australia, Ambrose felt comfortable behind the wheel of a V8 Supercar at Sandown on Friday.

And with that comfort came genuine front-running pace, Ambrose going P3 in the second co-driver session – a solid effort despite having god rubber to use.

“I’ve got a little bit to go, no doubt about it, but certainly it’s been a good day for me personally,” he admitted.

“I just feel more comfortable in the car. I had more laps today than I had done in about eight months, so that’s nice.

“We’ve made huge in-roads to our car. The biggest issue I had early on was just getting the brake pedal right, not having any feel in the brake pedal, and that’s gone completely away.

“So we’ve made good in-roads there on that. The car feels comfortable.

“The cars have changed a lot. My head’s been used to going 200 mph and not slowing down too much, and just the feel of those cars in NASCAR are very different to these.

“It’s taken quite a bit of unwinding, to be honest.

“These endurance races are going to be a lot of fun for me. I’m enjoying my time in the car.”