Marcos Ambrose will cut a handful of laps in a Dick Johnson Racing at Symmons Plains tomorrow morning.

The NASCAR race winner and two-time Supercars champion will make a comeback of sorts in the Aussie series when he jumps behind the wheel of the famous #17 DJR entry.

The demo run is for a TV segment, Ambrose having joined the broadcast team for his local round this weekend.

"Tomorrow morning I'll go out and drive Will Davison's #17 Shell [car] for DJR," he confirmed on today's coverage.

"I've got to try and find a helmet tonight. We got a [Motorsport Australia] licence somehow..."

Ambrose won two Supercars titles in 2003 and 2004 before embarking on a successful NASCAR career that saw him win two Cup races at Watkins Glen.

He returned to Australia for the 2015 Supercars season and was supposed to spearhead the new DJR Team Penske venture. However he lasted just two rounds before making a shock decision to walk away from full-time racing.

Ambrose did come back to partner Scott Pye at DJRTP for the endurance races that season, his last outings in a Supercar before tomorrow.

He has been back behind the wheel on a Supercars weekend, but not in a Supercar. He drove a NASCAR-spec Mustang as part of a Ford demo at the 2019 Adelaide 500. 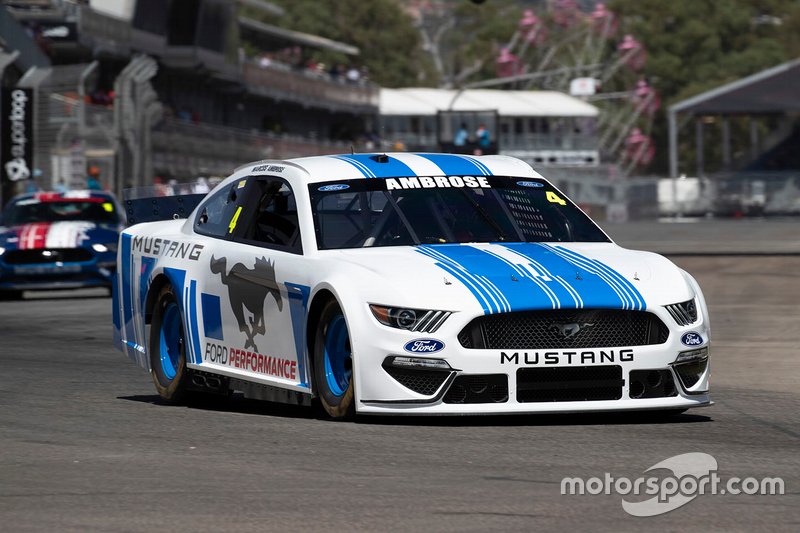