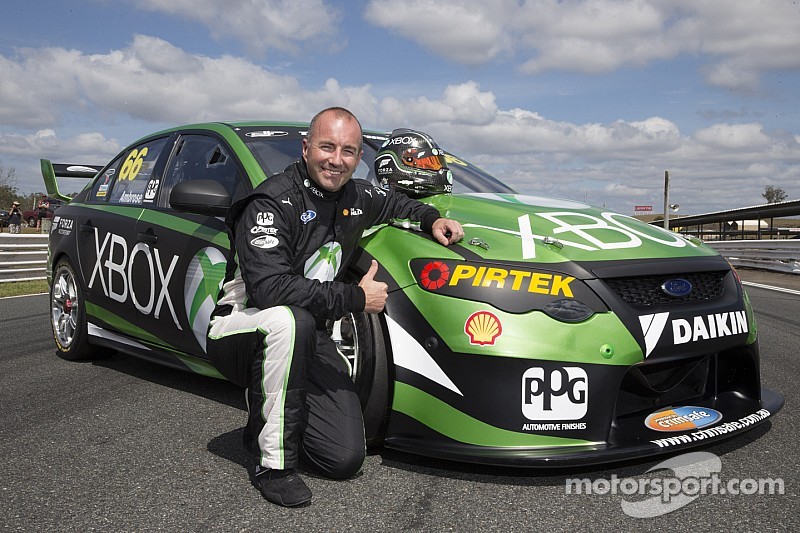 The Tasmanian Devil is back behind the wheel of a V8 Supercar.

With media surrounding him and fans on their toes trying to get a better look, the Australian touring car legend traded in his multi-colored NASCAR helmet for a glistening black one, covered in Xbox logos. To the excitement of all in attendance, he strapped in and took to the track at Lakeside, returning to his roots.

It must have been unusual for him as he walked over to the right side of the car, rather than the left. Instead of climbing into the window, he simply opened the door. Once he put his hands on the wheel though, I'm sure it all felt so right.

Ambrose shook down the car, feeling out how the V8 Supercar beasts he once knew have evolved into much more advanced pieces of machinery. The team tried to accommodate the Aussie's NASCAR preferences as he tried to readjust to the feel of this 3,110lb, 650hp, 5.0-litre, naturally aspirated V8. The stock cars he was driving for for nearly a decade were heavier, more powerful, and less responsive for the most part.

Ambrose and team will complete two official tests at Queensland Raceway on November 23rd and 27th before his Sydney debut.