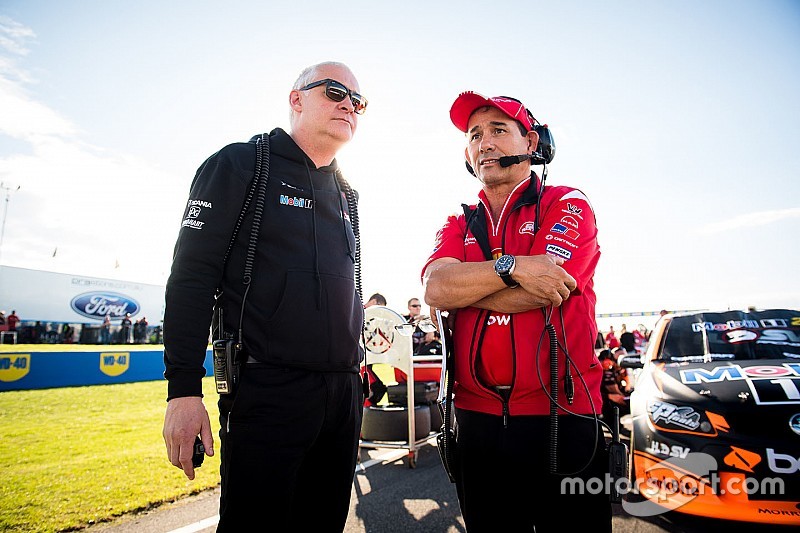 Burgess’s departure from the high-profile team follows a tough weekend in Western Australia, which led to owner Ryan Walkinshaw calling for the team to 'do a better job'.

The struggles in Perth came after what has overall been a tough start to the Melbourne-based team, which last year lost its status as Holden’s factory outfit.

The poor form has now claimed a top-level scalp, Burgess having his contract terminated with immediate effect, according to a statement from the team.

“It has obviously been a difficult start to the year from a racing perspective, and I came to the conclusion that a fresh start was the way forward. We appreciate Adrian’s focus and hard work over the last three years, and we wish him all the best in the future,” said Walkinshaw.

“The entire team will continue to work hard and are extremely passionate about achieving success. It is not in our nature to step back from the challenges that racing in such a competitive category presents us.”

Mathew Nilsson will take on the Acting General Manager of Motorsport role while a search for a permanent replacement takes place.

Burgess moved to Australia and joined the Supercars scene in 2008 after stints in Formula 1 with McLaren, Jordan, and Midland. He initially worked for Dick Johnson Racing, helping Courtney to the title in 2010 before moving over to Triple Eight Race Engineering for a three-year stint with the category frontrunners.

He then followed Courtney to what was then known as the Holden Racing Team in 2014.

Brad Jones opens up on survival in Supercars