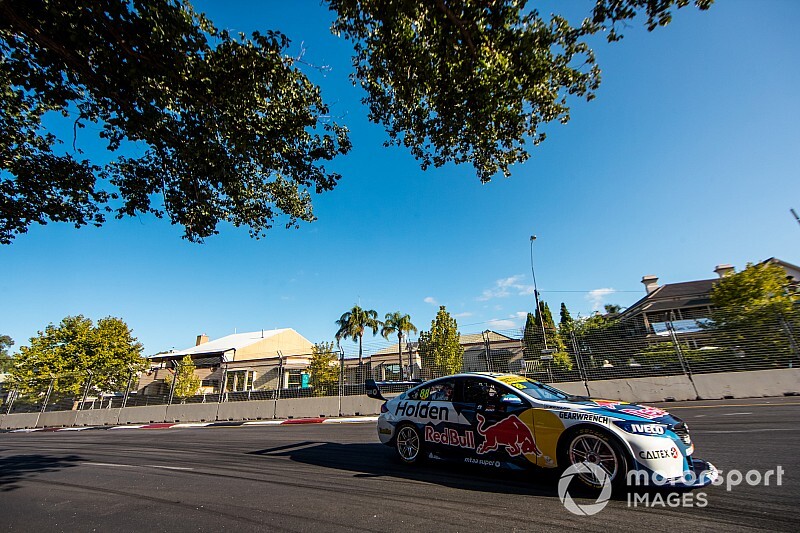 The Triple Eight driver was less than spectacular in Q2, a frantic final minute dropping him from third to the brink of the Shootout cut-off in ninth.

It was a different story in the single-lap dash, however, Whincup setting a formidable benchmark of a 1m19.479s as the second car out.

It proved impossible to chase down, David Reynolds going close – the margin just 0.004s – but not close enough to deny Whincup pole.

"It's a good feeling, I don't know if there was a little bit in going out with a hot car straight after quali or not," said Whincup.

"Interesting format, not being in Q1 and then just having 10 minutes, then – boom – straight into the Shootout.

"It's crazy close, it's 78 laps this afternoon, it's going to be intense but I'm looking forward to it."

He may have missed out on pole, but even qualifying on the second row came in extraordinary circumstances for Reynolds.

His Erebus Holden started spewing smoke on his out-lap, a suspected power steering issue making it seem hugely unlikely he complete a flying lap at all.

However he decided to press on, and almost nabbed top spot through the smoke.

Will Davison will start third as his solid start to the weekend continues, while Holden newbie Chaz Mostert improved two spots in the Shootout to qualifying fourth.

Those that ran at the very end of the Shootout seemed to struggle, Cam Waters (second quickest in Q2) dropping back to fifth as Q2 pacesetter Shane van Gisbergen slipped back to sixth.

Fabian Coulthard will start the race from 11th, the Penske Ford driver shuffled out of a Shootout berth in a manic end to Q2.

Lee Holdsworth missed out too, as did Andre Heimgartner, his hopes of a maiden Shootout appearance in a Kelly Mustang ruined when he swiped the wall at Turn 8.

Jack Le Brocq, meanwhile, made a promising start to qualifying, the Tickford debutant setting a lap quick enough to get out of Q1 on his very first run.

However that was all the running he did, a power steering issue rearing its head at the end of Q1 and leaving him stranded in the garage throughout Q2.

He'll start the race from 14th.

“As I was rolling out of pitlane it started feeling a bit funky," he explained. "I got to the end, tried to drive out and it was pouring smoke and no steering.

“It’s unfortunate but I’m pretty happy, it’s good to make it through to that Q2 stage.”