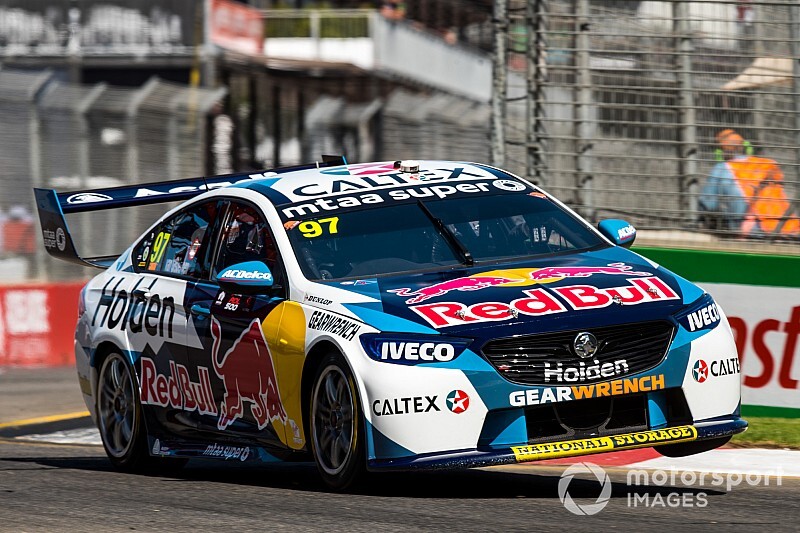 Shane van Gisbergen led a Triple Eight one-three in the second practice session for the Adelaide 500.

The Red Bull Holdens were consistently at or near the top throughout the half-hour session, Jamie Whincup setting the early pace with a 1m20.210s.

Scott McLaughlin enjoyed the briefest of stints on top at the mid-way point, only for Whincup and van Gisbergen to demote the Penske Ford back to third just seconds later.

Will Davison spoilt the T8 party in the final minute, splitting the two factory Commodores with a 1m19.897s.

That time came after an eventful session for the 23Red Racing Mustang driver, who sparked the first of two red flags when he tagged the wall at Turn 11.

The other red flag came courtesy of the first first significant crash of the weekend, Scott Pye hitting the wall hard at Turn 7.

His Team 18 Holden looked to suffer a front-right suspension failure over the kerbs at the apex of the corner, which subsequently fired him into the concrete on the outside.

That crash came just moments after Pye's teammate Mark Winterbottom survived a glance of the wall at Turn 8.

The Top 10 from that session will all skip Q1 tomorrow and go straight into Q2.