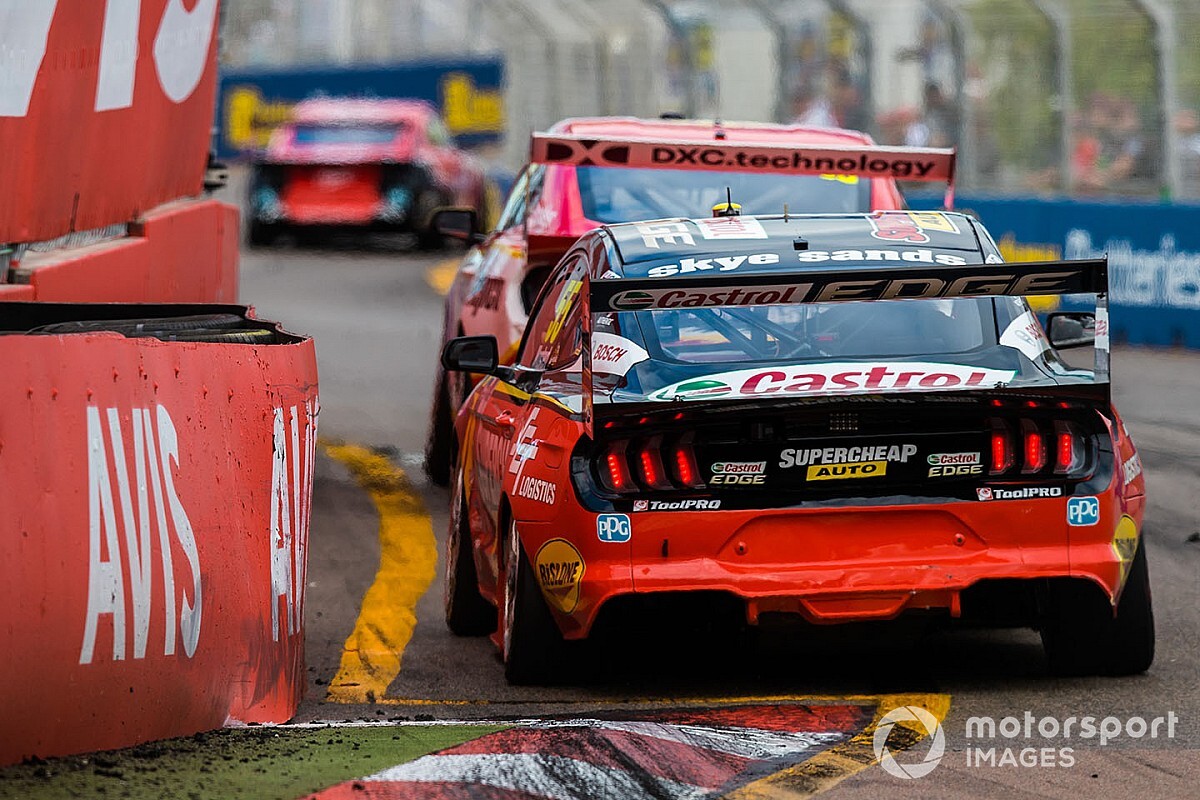 The 2020 Supercars season continues this weekend with a third consecutive race meeting, this time on the streets of Townsville.

The Far North Queensland city will play host to Supercars for the next two weekends, both rounds set to be run under the new-look SuperSprint regulations.

That means three 110-kilometre races, each featuring a mandatory stop for at least two tyres.

This weekend's tyre regulations will mirror those from Darwin last weekend, with teams starting with one set of pre-marked tyres and seven sets of brand new soft compound Dunlops.

At the end of Practice 2, however, the pre-marked tyres and two sets of the new softs have to go back to Dunlop, leaving each driver with 20 tyres to complete all competitive sessions.

The big unknown is the degradation on the Townsville streets. While those five sets of softs were plenty in Darwin, allowing Scott McLaughlin to clean sweep last weekend, it could be that drivers will need to pick and choose their opportunities this weekend.

That could open the door for a third brand new race winner this season, with Jack Le Brocq and Anton De Pasquale having already profited from tyre regulations since racing resumed in June.

There has been a small tweak to qualifying this weekend, with a return of the Top 10 Shootout on Saturday rather than the Top 15 Shootout.

Sunday's grids will be determined by back-to-back 10-minute sessions.

McLaughlin heads to Townsville well in control of the series, the DJR Team Penske driver boasting a 177-point lead over Jamie Whincup.

At the end of Practice 2 the four pre-marked tyres and eight of the new soft compound tyres need to be returned to Dunlop.

That will leave each driver with 20 soft compound tyres for the remainder of the weekend.