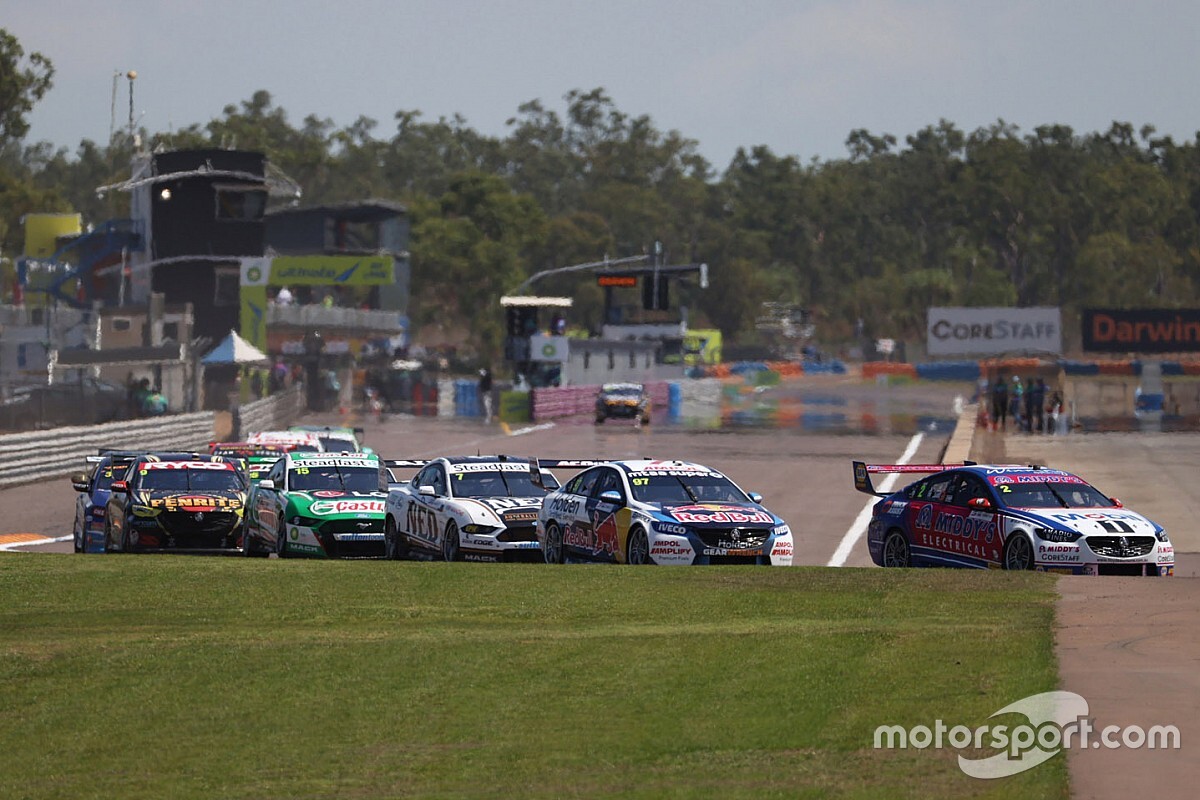 Scott McLaughlin made it three out of three wins in the Darwin Supersprint to extend his lead at the top of the Supercars drivers’ standings.

The mixed tyre rule was dropped for the second of the two Darwin rounds, with only the soft compound available for the drivers for the three races at Hidden Valley.

This opened up the possibility of repeat winners again, and McLaughlin took full advantage of the new rule to complete a clean sweep of victories.

In the opening race of the weekend, the DJR Penske driver cleared Jamie Whincup’s Triple Eight Holden at the start and was never threatened from there, cruising to a comfortable 2.5s win.

Race 2 was an even simpler affair as McLaughlin led virtually every lap from pole, bagging his 50th career victory in Supercars since his full-time debut in 2013.

The 27-year-old capped off the round by out-dragging Shane van Gisbergen at the start to set up his eighth win of the season.