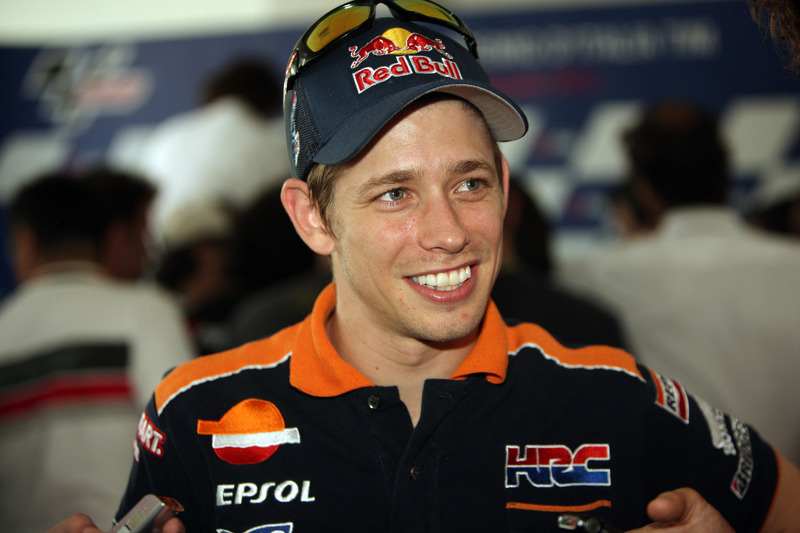 Pirtek joins Red Bull and Triple Eight Race Engineering to support MotoGP two-time champion Casey Stoner in the ladder series to the V8 Supercars. Apparently the smaller series is a chance for Stoner to get the feel of the V8 cars.

One of the most iconic brands in the modern history of V8 Supercar racing will return to the track this year alongside a couple of the biggest names in world motorsport.

Stoner, who retired from MotoGP racing at the end of last year, will drive a car entered by Triple Eight Race Engineering in the Dunlop V8 Series – the development category for the V8 Supercar championship.

I think everyone involved is looking forward to being a part of his transition from two to four wheels.

The team and livery will be unveiled on Wednesday February 27 in Adelaide, just two days before Stoner makes his debut in the seven-round championship.

Pirtek has a long and successful partnership with Australian and New Zealand sporting teams, with their association with Marcos Ambrose and his 2003 and 2004 V8 Supercar championships two of the standouts, according to Pirtek Group General Manager, Stephen Dutton.

“We have always been keen to play a role in the development of young talent, whether that is in the general community or on the race track, football field, golf course or athletics track,” said Dutton.

“Although Casey is a two-time world champion, he comes into this series as a rookie and we are excited to be a part of his entry into V8 Supercars with a successful team like Triple Eight and a co-sponsor with the profile of Red Bull.

“We enjoyed some tremendous success through our years with Stone Brothers Racing and it is great to be back in the sport with such a program.

“Obviously the highlight of our time with SBR was winning Bathurst in 1998 with Jason Bright and Steve Richards and then two great championships with Marcos and then a third with Russell (Ingall) as a co-sponsor. 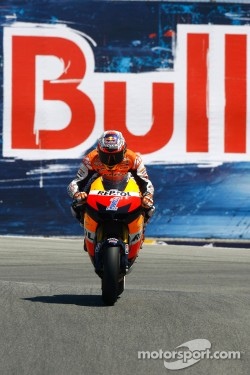 Casey Stoner on his Repsol Honda, 2012

“Coincidentally we are celebrating the 10th anniversary of Marcos’ first championship this year and we have a group of Pirtek people are heading to Vegas to watch him race his NASCAR in a few weeks time.

“We have no on-track expectations given Casey’s V8 experience, but his work ethic, attitude and desire to be successful is a perfect fit for Pirtek and our franchisees and customers.”

Stoner, who won the world Moto GP title in 2007 and 2011, is looking forward to carrying the Pirtek colours, which were made famous on the racetracks of Australia.

“Red Bull have been long-time supporters of mine and it’s great they will be a part of this next phase of my career in partnership with Pirtek,” said Stoner.

“Pirtek is really one of those iconic brands in Australia – especially when it comes to motorsport and success.

“I am not promising we can deliver what Marcos (Ambrose) did before heading off to NASCAR, but we will be trying to learn and develop as quickly as we can and see what that brings.”

Triple Eight Race Engineering boss Roland Dane welcomed Pirtek into his organisation which has been the most successful outfit in the modern era of V8 Supercar racing.

“It has always been important for Triple Eight Race Engineering to have partnerships with strong brands and good people and we get both those things with Pirtek in this program,” said Dane. 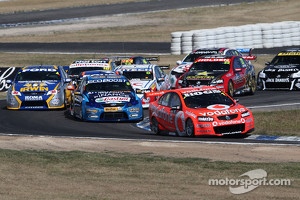 “Obviously Pirtek had some great years with SBR and Marcos and what was achieved during that era still resonates with the fans.

“Like Marcos, Casey is the ultimate professional and I think everyone involved is looking forward to being a part of his transition from two to four wheels.”

This will not be the first time that Pirtek have been associated with a World Champion.

Pirtek were the sponsors of the New Zealand national Rugby League team when they won the World Cup in 2008 and are personal sponsors of former female discus world champion Dani Samuels.

They have also been the naming rights sponsors of the Parramatta Eels in the National Rugby League competition since 2005 resulting in a grand final appearance in 2009.

They also support the Pirtek Athletic Allstars, which is an elite program for gifted young athletes.