Tharani to compete in Mazda Road to Indy shootout 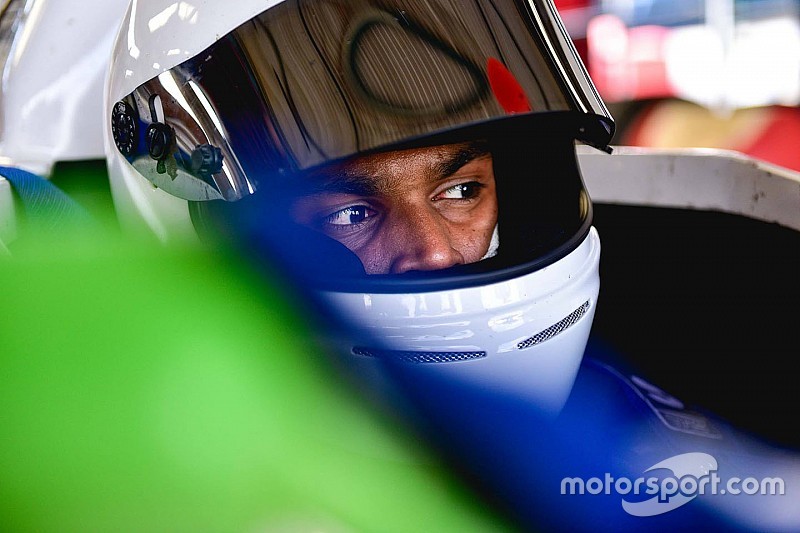 Karthik Tharani will represent India in the Mazda Road to Indy shootout replacing Vikash Anand, it has been confirmed.

The 2015 MRF Formula Ford 1600 champion will go up against 19 other drivers on December 6-7 at Mazda Raceway Laguna Seca in a bid to win a scholarship drive in the USF2000 series.

"It feels amazing," said Tharani to Motorsport.com upon confirmation. "Almost surreal and it's a chance for me to actually realise my dream [of] racing single-seaters abroad.

"But knowing it, I'm not going to put any extra pressure on myself, as it only works against you. I am grateful for the opportunity and will give it my best."

The Indian having finished second to Anand in this year's F1600 season believes that there are plenty of options available to compete in the US, despite Europe being the more traditional racing hub.

"The USF2000 is slightly a different championship considering the fact it's in the US," the Chennai-based driver starts.

"Every driver wants to go to Europe for single-seaters, but I think the US is a brilliant place to further your career as the opportunities are many and the series in itself is a brilliant platform to start with.

"It's a fantastic opportunity from Mazda for drivers like us to have a go at a professional series. Yes, a 20 driver shootout for one spot is never going to be easy and the odds aren't great.

"But I am not going to be worried about the result. All I can do is focus on the job and hope it falls in place," he added thanking MRF, Mazda and Madras Motor Sports Club.

Despite having the experience of driving the F2000 cars in the MRF Challenge, Tharani thinks he doesn't have any advantage over his rivals in the shootout.

"For sure, the faster the car you drive, the better you become. And the F2000 is a brilliant car. But some of my competition have driven equally good cars.

"So I don't see any advantages at all. And none of us know, what sort of machinery is going to be used at the shootout, so everyone is pretty much on level ground," he added.

Should Tharani win the shootout, he will get to race in the USF2000 championship which works as a feeder to Pro Mazda series, from where drivers head to Indy Lights and eventually to IndyCar.