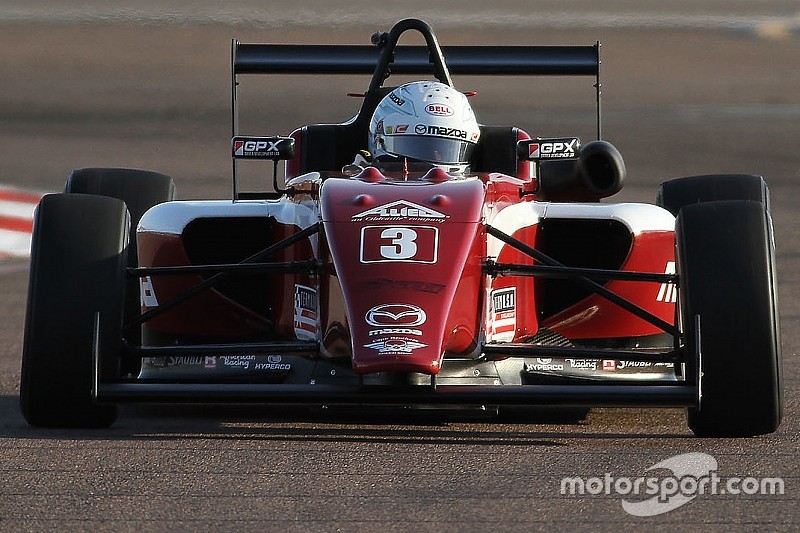 Oliver Askew continued to dominate the USF2000 Series in 2017, taking pole position for Race 1 on the IMS roadcourse by a dominant margin.

Donison was just 0.05 ahead of Calvin Ming in the Pabst Racing #22 entry, who in turn was just 0.06 faster than Team Pelfrey’s Kaylen Frederick who currently lies second in the championship behind Askew.

Dakota Dickerson put Newman Wachs Racing into P5 ,with Callan O’Keeffe making a strong impression as he takes over the Benik entry from Kyle Kirkwood.

Robert Megennis (Pelfrey) and Rinus VeeKay (Pabst) will occupy the fourth row for this afternoon’s first USF2000 race, while their teammates Lucas Kohl (Pabst) and Ayla Agren (Pelfrey) will start ninth and 10th.