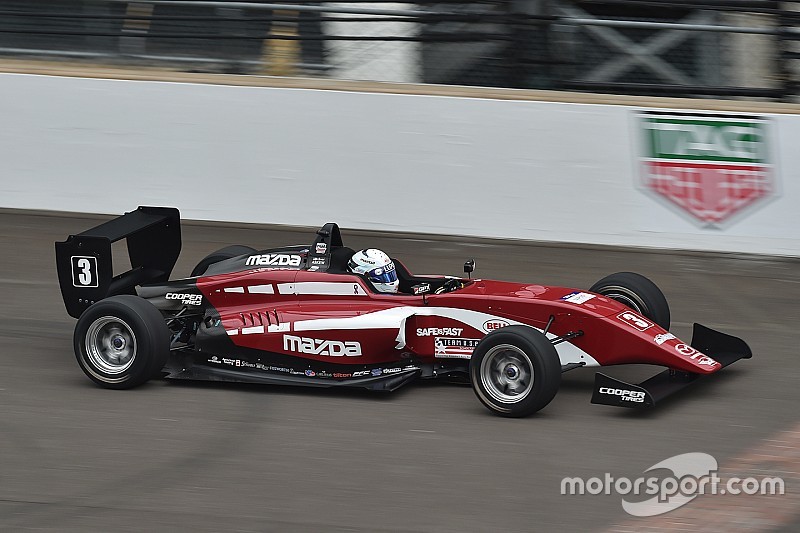 Cape Motorsports' Oliver Askew delivered on the promise he showed throughout testing and qualifying, making victory look easy in the IMS road course’s first race of the weekend.

Despite having just nine green-flag laps to achieve it, the American rookie brought his Cape car home 3.3sec ahead of Team Pelfrey’s Kaylen Frederick, who was just under 2sec clear of third-place finisher Calvin Ming.

A first lap shunt between Kory Enders (DeForce Racing) and Kris Wright (John Cummiskey Racing) put the field under yellow for five laps, but on the restart, Askew picked up where he left off, establishing a 1.1sec lead over Frederick and than inching away by a couple of tenths of a second each lap.

Those chunks extended over the closing laps, and Frederick focused on keeping clear of Ming.

The second Cape car of Ricky Donison took fourth ahead of Dakokta Dickerson of Newman Wachs Racing and Callan O’Keeffe in the Benik car.

Rinus VeeKay in the second Pabst entry was seventh followed by the Pelfrey cars of Robert Megennis and Ayla Agren, and Moises de la Vara in another DeForce car.