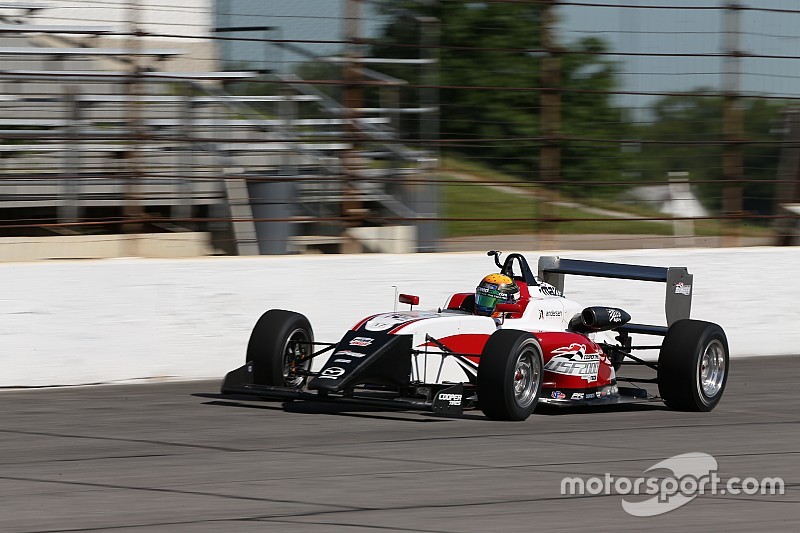 The brand new car, which will be the base chassis for USF2000 from 2017 onwards and Pro Mazda from 2018, completed its road course testing earlier this week, before Brabham jumped behind the wheel to give it a work out on an oval for the first time on Thursday (US time).

“It’s an honour to test the new chassis,” said Brabham.

“Today went really smoothly. We had no issues and ran tons of laps. The systems in the car are a big upgrade compared to the old car, which makes it a lot more comfortable to drive.

“It felt really quite different from the old USF2000 car and had different characteristics in the way it drives and handles obviously.

“It has less aero and downforce which makes the car slide around slightly more. I think it will be fantastic for learning car control especially on the ovals. Hopefully it will make the racing closer and tighter too without as much aero wash in traffic.

“The mechanical grip from the Tatuus chassis is also a big improvement compared to the old car. It makes up for the less downforce.

“We ran pretty much the same lap times as the guys did earlier in the year. There is a lot more left in it also. I'm sure when the teams get hold of the cars and undergo proper setup development, the lap time will drop quickly.”

Brabham’s test of the new car comes on the same day that Pro Mazda organisers announced they would scrap their Iowa round thanks to a lack of numbers.