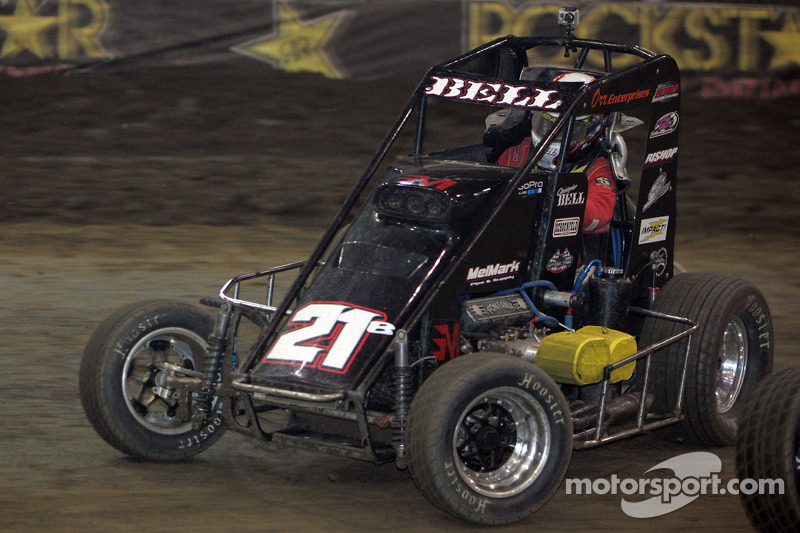 Since 1948, Belleville has hosted the best in midget racing

The POWRi/USAC co-sanctioned Belleville Bash will attract the country's best midget drivers to one of the best tracks for midget racing on Saturday, May 10th. The 1/5 dirt high-banked oval of Belle-Clair Speedway in Belleville, IL is both a driver and fan favorite, as it never fails to deliver an action-packed show. Built in 1948, "Little Belleville" has a rich history of midget racing that demands to be acknowledged by the track's nostalgic presence.

The POWRi National Midget point standings are tight as drivers gear up for the 2014 Belleville Bash. 2013 POWRi National Midget Champion Zach Daum was able to capitalize on current point leader Christopher Bell's (shown above) absence from last weekend's events at Valley Speedway and Lucas Oil Speedway. Daum chipped away at Bell's healthy lead by nabbing both a 1st and 19th place finish and currently trails Bell by a mere 10 points. Tanner Thorson, Rico Abreu, and Tyler Thomas round out the top 5 in the point standings, as the three drivers are within only 80 points of each other.

After a week off, the POWRi micros are also headed to Belle-Clair Speedway for the Belleville Bash this weekend. Jeremy Camp has a healthy 110-point lead over 2013 POWRi Micro Champion Nathan Benson. However, the standings for second, third, and fourth are much closer. Nathan Benson, Aaron Andruskevitch, and Jake Neuman are all within 50 points of each other. Nick Bailey, who is currently 90 points behind Neuman, rounds out the top 5.