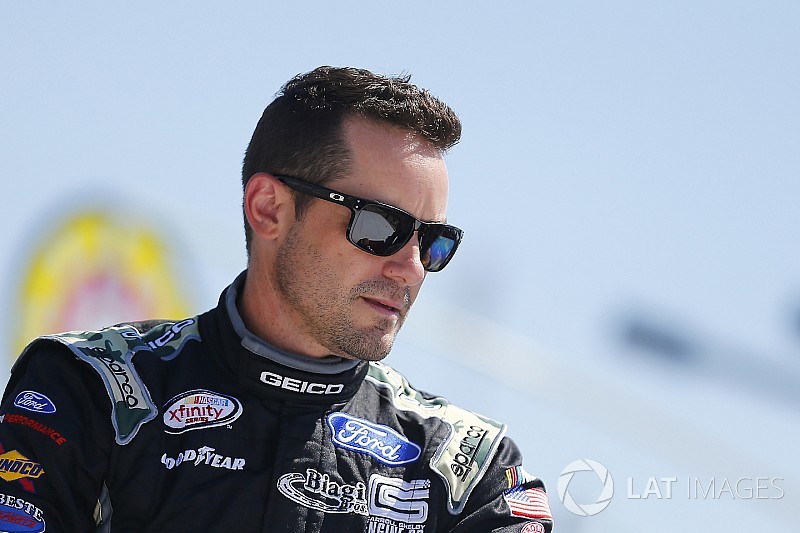 Just as Roger Mears did, the second-generation racer will be trucking in the dirt--next weekend, to be exact.

“I tested the truck again this morning, and driving it was a blast,” Mears told motorsport.com on Thursday. “It’s fun and I’m excited about it, because it’s kind of what my dad used to do. The trucks are very similar, except most of the trucks back then were V6’s and these are V8’s. But the size of them, the way they’re built, the style of the racing and the stuff they do remind me a lot of when my dad was racing. And it’s been a lot of fun so far.”

Mears has enjoyed a long career in NASCAR. He was recruited by Chip Ganassi in 2003 and moved to Hendrick Motorsports in 2007. Then came short stints with Richard Childress Racing and Red Bull Racing, before Mears settled in at Germain Racing from 2010 until last year. Although Mears competed with Biagi-DenBeste Racing in the NASCAR Xfinity Series for half of the 2017 season, the 39-year-old Bakersfield, Calif., native was searching for a new adventure.

“What is cool about it to me is I was about 14, 15 years old when the Mickey Thompson thing fell apart—when they were doing the whole stadium thing,” Mears said. “I was in line and actually close to doing some truck stuff, then the series fell apart. I got to test my dad’s truck, do some super lights, buggy class, that sort of thing. So it’s really cool for me to do something like this that my dad did so many years ago.”

As for plans beyond next weekend, Mears remains open to competitive opportunities. He has enjoyed the challenge of offering analysis with FOX Sports and hopes to return to the team next year. But he would still love to compete full-time whether with Gordon in the SST, rally cars or return to NASCAR.

“I wouldn’t mind doing something (in NASCAR racing),” Mears said. “Maybe a handful of races or even a full schedule if it was a decent program. I’ve been doing this long enough that I don’t want to race just to run. I want to have fun.

“I had a great opportunity at Germain for five or six years, and we really built it into something that was halfway competitive where it used to be fun at various races. But if I’m going to be in Xfinity, I want to be with a good program where I’m able to go out and win races. I wouldn’t mind racing Cup, run like superspeedways or some road courses, but outside of getting an opportunity to compete, I don’t think I want to run a full season with someone mediocre.

"I miss the off-road aspect and what I grew up doing. Quite honestly, if I'm going to hunt for sponsor dollars and try to put stuff together, I want to have the opportunity to have fun and win races."