Mingay in “serious but stable condition” in Detroit 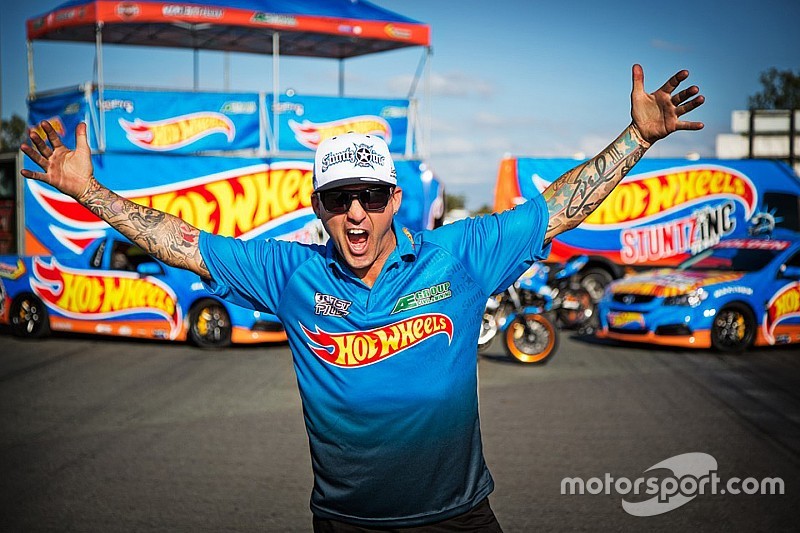 After receiving a prosthetic chin to rebuild his jaw, Australian stuntman Matt Mingay has been released from critical care in Detroit, following his Stadium Super Trucks crash last Saturday.

The accident occurred in the first of two SST races at the weekend, when his truck overturned exiting a left-hand turn on the third lap. The race was immediately halted and never restarted.

The following day's SST race went ahead however, and afterward Mingay's rival Paul Morris declared: "Matt's lost a fair bit of his lower face, jaw and all his bottom teeth, but he has no permanent injuries. His brain's intact, his spine's intact, so he's got a long road ahead of him.

"Hopefully we'll get him out of here in the next couple of weeks, get him stabilized and get back to Australia and get his head rebuilt, and he'll be brand new."

A family statement by Mingay's wife Sheena declared: “Matt Mingay was yesterday released from critical care and remains in ICU at Detroit Receiving Hospital where he remains in a serious but stable condition.

“Matt was released from surgery last night at 7:30pm after undergoing an extensive 5-hour surgery to insert a prosthetic chin to rebuild his jaw and mouth region. He has been responding well to treatment and will no doubt be counting down the days till he’s back out on track and wowing fans again.

“He has some of America’s finest surgeons working around the clock giving him the best possible care, although they can't get over how many tattoos this crazy Australian Stunt Man has.

“Matt’s wife Sheena and son Madzy would like to thank all of the Detroit Grand Prix and Detroit Receiving Hospital medical staff for their fast actions, for saving Matt’s life and their ongoing care. There are no words that could express how appreciative we are so thank you.

“Also a huge thank you to Terri the Vice President of Penske Automotive Group and Chris from the Stadium Super Trucks for assisting every step of the way; you’re both incredible.

To our amazing friends and family for all your love and kind words it means the world. I will make sure Matt hears all of your messages when he is ready. And of course Matt’s incredible fans, Matt wouldn't be doing what he loves most without you, so thank you for sending all your love, positive vibes and continued support.”