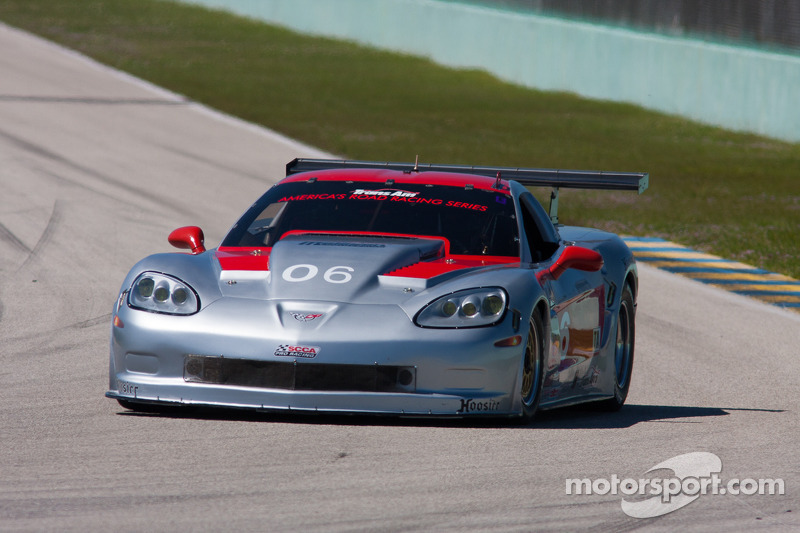 Martin and Camus take TA3, as 51 cars participate in Trans Am races.

RJ Lopez and the #06 Disco Optical Lopez Chevrolet Corvette came away victorious from Round 2 of the 2014 Trans Am Championship at Homestead-Miami, his home track and first appearance in Trans Am since 2012. 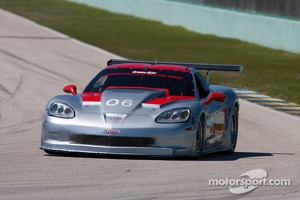 “It’s a great feeling to win here at home in front of all my friends and family,” said Lopez. “I thought I was going to be in trouble; the car was wicked loose and the track was incredibly hot and slippery. I was really holding on, but I guess everyone was too. I’ve got to be honest with you, I felt like I had to win, with everyone here watching; but I’ve driven thousands of miles on this track, not in this car, but still. Our equipment was great—Meissen does a great job with these cars, and we got the job done!”

Lopez started the race on pole next to 2013 TA Champion Doug Peterson, in the #87 3Dimensional.com Chevrolet Corvette, with Cliff Ebben, in the #36 Stumpf Ford/McMahon Group Ford Mustang, and John Baucom, in the #86 Road Race Parts.com Ford Mustang, in the second row.

The race started furiously with Doug Peterson immediately jumping out to the lead during the first lap of the race. He and Lopez continued to battle back and forth, side by side through the first three laps of the race, all while the #23 McNichols Company Chevrolet Corvette of Amy Ruman moved up through the pack, overtaking Baucom and immediately challenging Ebben for third.

During the third lap, Peterson made contact with tires on the edge of the course, causing him to slide to a standstill and forcing him into the pits to change a tire that was damaged during the incident. The course quickly went under double yellow during the fifth lap of the race to clean up debris from the earlier incident. Peterson quickly returned to the track but was stuck in the midst of the TA3 pack for the laps under yellow.

Once the race restarted, it was Simon Gregg, in the #59 Derhaag Motorsports Chevrolet Corvette, who applied the pressure to Ruman, eventually overtaking her during the 13th lap of the race. 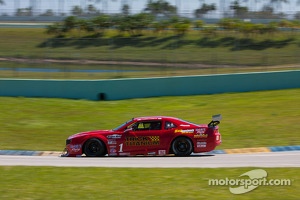 Lopez managed to hold on to his lead for the duration of the race, but Ruman would spin off course. While she managed to reenter the race, Ruman found herself in a daunting 12th position. Gregg would move up and immediately challenge Ebben, battling back and forth with the #36 car until the 34th lap of the race when Gregg surged ahead into second. Ebben would remain third through the race, with Gregg finishing second and Lopez taking the win in the TA class.

Also worth noting was the fourth place finish of Kerry Hitt, his highest in his 12 season Trans Am career, and the fifth place finish of Doug Peterson, who battled back from 23rd position after the restart on the eighth lap.

For the first time ever, the TA2 class was split off into its own race, taking part earlier in the day at 1:30 p.m. In total, 19 cars participated in the race, starting with Cameron Lawrence, in the #1 Trick Titanium Chevrolet Camaro, on pole. Next to him was the #44 Engineered Components Chevrolet Camaro of Adam Andretti; as Ron Keith, driver of the #25 Mike Cope Racing Chevrolet Camaro, and Tommy Archer, in the #53 Archer Racing/Race-keeper/team tech Chevrolet Camaro, filled the second line.

As the race began, Lawrence quickly pulled ahead of the pack with Andretti in pursuit, albeit a few car lengths behind. Ron Keith and Tommy Archer immediately found themselves in a battle for position; Keith led the first two laps with Archer on his tail until Archer and the #53 car overtook Keith going into turn two on the third lap. Keith and Archer traded positions two more times on the lap until Archer asserted himself in the coveted third position.

The front of the pack stayed in a similar order for the early half of the race until the 19th lap of the race when the track went under a full course yellow to remove oil from the surface and remove debris from the course. The course went green on lap 24; shortly thereafter the #53 of Archer began to slow down, allowing Keith to move up into the third position.

While most of the pack jostled for position, Lawrence remained fairly unchallenged until the 39th lap of the race as smoke was spotted from the right front tire of his car, the result of tire rub after incidental contact with lapped traffic. Despite the aftereffects Lawrence was able to right the car for the rest of the race and finished first over all, his ninth straight TA2 victory.

“We have a great car from Miller Racing,” said Lawrence. “Our day came down to being consistent, saving our tires and being able to run hard the whole race. We had a bit of trouble in the back with traffic, but that’s just something you have to deal with in racing. I probably could have been a bit smarter in going for the pass, but with a guy like Adam (Andretti) behind you, you never want to slow down—it’s just something that happens in racing, and fortunately not too much came of it.”

Andretti would close the gap during the final stages of the race, but not by enough; as he and the #44 car crossed the line in second, followed by Ron Keith, who claimed his second consecutive third place finish.

TA3 accompanied the TA class out on track for the later session of the day, and began with Russ Snow starting up front, in the #20 Carbotech Chevrolet Corvette representing the International Group, with Dean Martin, in the #52 Rehagen Racing Ford Mustang, alongside for the American Muscle Group. 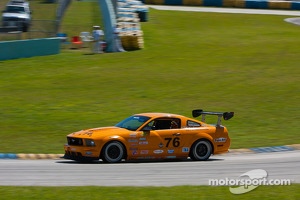 The TA3 class’ top three for each group was a revolving door throughout the race, with multiple drivers staking their claim to the top three including: Ernie Francis, Jr., Mark Klenin and Todd Napieralski.

At the end of the day, Dean Martin once again conquered the American Muscle Group, his second straight victory, while Trans Am newcomer Michael Camus, in the #7 MCM Holdings BMW M3, overcame the field to win the International Group.

Doug Peterson remains in the lead in the TA class points standing with 59, followed by Ebben with 54 and Gregg with 50.

Lawrence leads TA2 with 70 points, followed by Ron Keith with 53 and Bob Stretch with 46.

Dean Martin heads up American Muscle with 70 points, while Russ Snow and Mark Kenin stand tied with 52 points each in the International Group.

The Trans Am Series will return on Saturday, May 10, for Round 3 of the 2014 Trans Am Championship at Road Atlanta, in a continuation of its southern tour and its 20th appearance at the Georgia track.