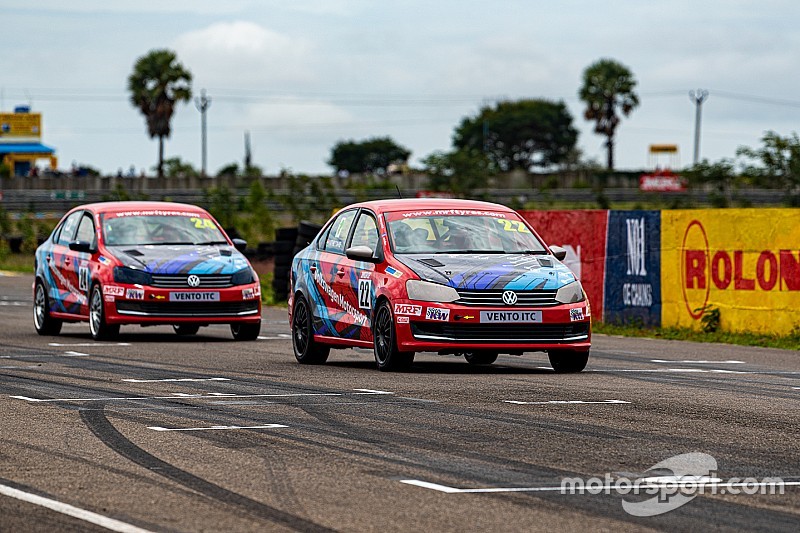 Volkswagen Motorsport India completed a clean sweep of victories in the opening round of the Indian Touring Car Championship, as the sole manufacturer on the grid comfortably outgunned privateer opposition in Coimbatore.

Tharani started race 2 from fifth on the grid, but made a rocketing start to take the lead into turn 1.

Mohite also managed to pass the lead pack of privateer-run cars and later indulged in a fight for victory against Tharani, the two running closely matched on the final lap.

However, multiple-national level champion Tharani managed to just hold on from last year’s Ameo Cup winner, taking the chequered flag by a slender margin of 0.343s.

Volkswagen’s India arm, however, was unable to repeat the same feat in Race 3 as Ishaan Dodhiwala crashed into the barriers at turn 1 while chasing lead privateer Arjun Balu for third.

That prompted a safety car period, but Tharani and Mohite - who both had started on the front-row - were able to pull away cleanly once the SC retreated, finishing first and second respectively.

Volkswagen’s impressive run of three victories was a massive endorsement for the new rules, which have been designed to entice manufacturer participation and modernise a series hampered by out-of-production cars.

Volkswagen is the launch partner for the new regulations, having helped devise them in association with FMSCI.