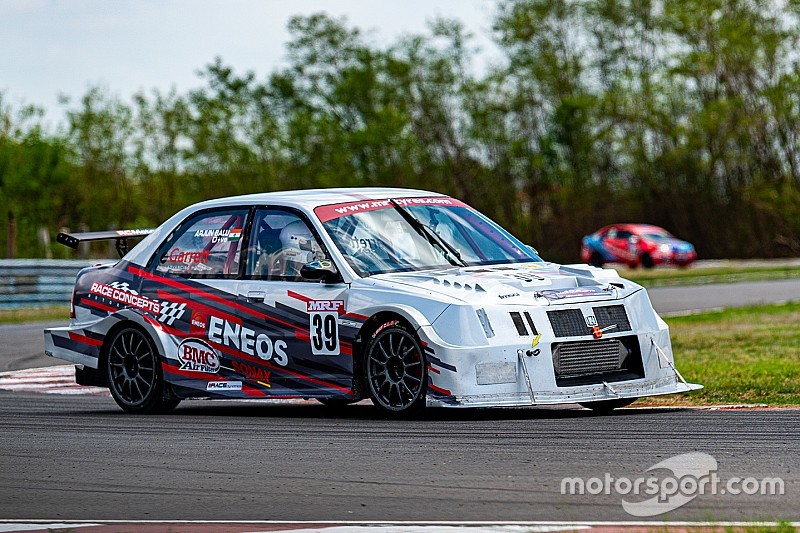 Driving a heavily-modified, old-generation Honda City, Balu sprinted from fifth to first with a lap that was a full three-seconds quicker than the rest of the field.

Once out in front, he quickly established a gap for himself, pulling a six second advantage by lap four. He eventually won the eight-lap race by nine seconds, ending Volkswagen’s three-race winning spree.

Karthik Tharani had no answer to Balu’s pace but secured a comfortable second for Volkswagen, while Nikanth Ram denied Ishaan Dodhiwala the final spot on the podium by passing the VW driver on lap 6.

Dhruv Mohite retired from the race, the reigning Ameo Cup champion pulling into the pits with five laps to go.

Following Volkswagen’s clean sweep in Coimbatore, the revamped ITC championship swung back in privateers’ favour in the first race in Chennai.

Balu’s fastest lap was nearly two seconds quicker than the best of the VWs, forcing the Pune-based manufacturer to write off this weekend.

The Vento ITC is certainly more suited to the Kari Motor Speedway, but VW will be keen on making the car just as competitive in Chennai by the third round of the championship.