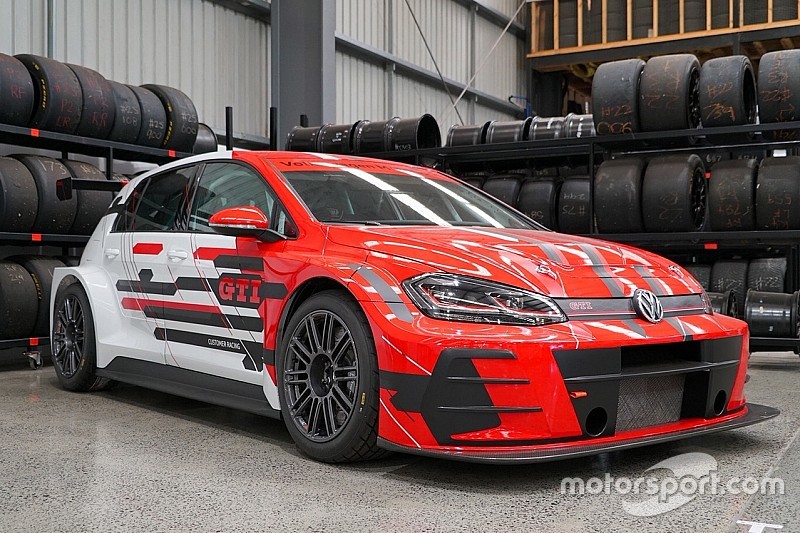 The first TCR-spec Volkswagen has landed in Australia, ahead of the launch of a national TCR series down under in 2019.

The Golf is the third different make of TCR car to officially hit Australian soil, joining an Audi RS3 that's been in the country since last year, and a Honda Civic that arrived recently.

There is also meant to be a pair of Hyundais on the way as organisers gear up for the debut TCR Australia season next year.

The VW has been imported by Melbourne Performance Centre, which also houses the Audi TCR car, and will be the official agent for Volkswagen Group racecars for the region.

“We know what the cars are about, having had the Audi RS3 TCR here for a while. This is a sister car from the Volkswagen Group. It’s the same platform, it’s really just body panels and the badge on the front.

“There has been great interest since its announcement, but nothing beats having a car in the workshop that people and come and look at.

“We’re looking forward to the first customer coming along, put their hand up and take this one onto the track.”

Category promoter Matt Braid said having the VW in the country adds to the momentum TCR Australia is building ahead of its in inaugural season.

“It’s great to see another car arrive in Australia. You can feel the momentum starting to build and it’s very exciting,” said Braid.

“Volkswagen Group Motorsport is very committed to TCR global, and VW brand is going to be really good for the series.

“VW doesn’t have a huge racing pedigree in Australia, however, it is such a famous brand with so much history, both on the road and race track. The Golf will certainly attract its own set of followers, so we’re really looking forward to seeing it on track.”

Electric TCR series to launch in 2020