Team Craft-Bamboo ready to fight for championship lead in Oschersleben 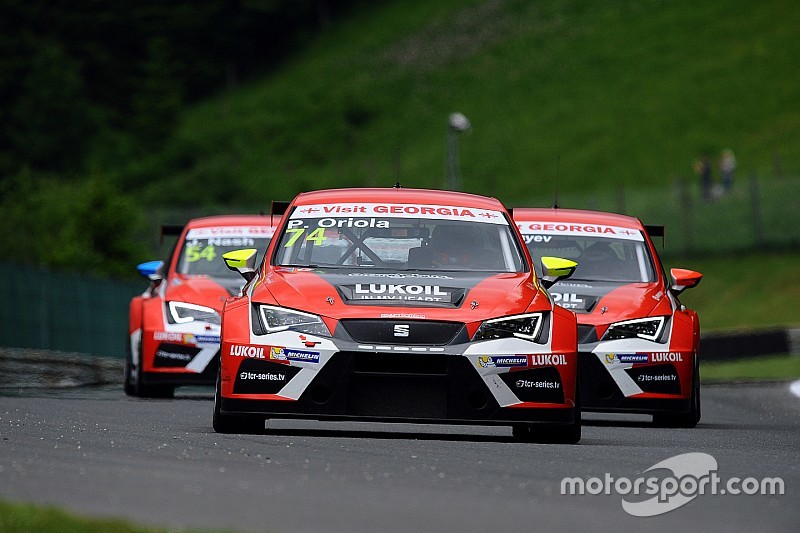 With Pepe Oriola only one point behind the lead, the team is focused on regaining control of the championship.

Team Craft-Bamboo Lukoil is ready to fight for the drivers’ championship lead at the Motorsport Arena Oschersleben this weekend. With Pepe Oriola only one point behind the lead, the team is focused on regaining control of the championship. Oriola has stiff competition from within though, with James Nash continuing to close in on the competition leaders with some top finishes. He will be doing everything possible to make sure those results continue in Germany on Sunday. Sergey Afanasyev will also be looking to continue his recent form, which helped him to the best finish so far this year. He will be focused on building on that pace in the hopes of taking home his first win of the season.

After conquering reliability issues in Austria to score the second most points of any competitor, Nash will be battling with 20kg of success ballast at Oschersleben. Now firmly back at the top end of the table, only 8 points behind the lead, he is hoping for a trouble free weekend that will allow him to regain the top spot in the standings. Combating the 20kg ballast will be a challenge but Nash has out driven the weight before and even managed to score the first win of his career under ballast. With some zero point finishes recently, Nash is hungrier than ever to claw back points, making him a strong contender for the podium this weekend.

Oriola is fiercely motivated to retake the lead in the drivers’ championship after being unable to defend his place in Austria, due to an unfortunate engine issue. The Spanish driver is confident that he will able to take the fight to his rivals in Germany and unlike the two previous rounds, Oriola has no ballast to weigh him down. The young driver has shown great speed despite the success weight and without it, he will be one of the biggest threats on the grid.

Afanasyev is coming off a strong weekend at the Salzburgring and is eager to continue with the brilliant form that saw him take a podium under the torrential rain. Afanasyev’s deft skill in the wet may come in handy in Germany, with the possibility of rain this weekend. The Russian driver has continually shown improvements with each round and with his previous experience at the circuit, he could go one better and secure the first win of his TCR career.

“Hoping for a trouble free and clean weekend. Two difficult weekends with lots of issues for our team has resulted in a lot of 0 point non finishes.”

“I am ready to regain the lead and recover from the really bad weekend we had at the Salzburgring. Let’s hope for some more reliability on the cars because this year SEAT is having issues with the engines. I am confident though that Craft-Bamboo Lukoil will have everything sorted and I feel I will be very strong this weekend.”

“We are somewhere in the middle of the season and a lot of things have already happened. Oschersleben is a circuit that everyone knows and I believe that the circuit is tough for the SEAT. It is going to be very easy for the VW with a light car and for the Honda, which has good speed out of corners. We are expecting difficult results but we will fight our hardest as always.”

“We hope for a clean weekend with no issues. This weekend I hope will be better than character building but we know that the circuit is not going to suit our car and is going to suit that of our rivals. Therefore, the team must dig really deep to maximize our chances for points this weekend before heading to Lukoil's home race in Sochi.”