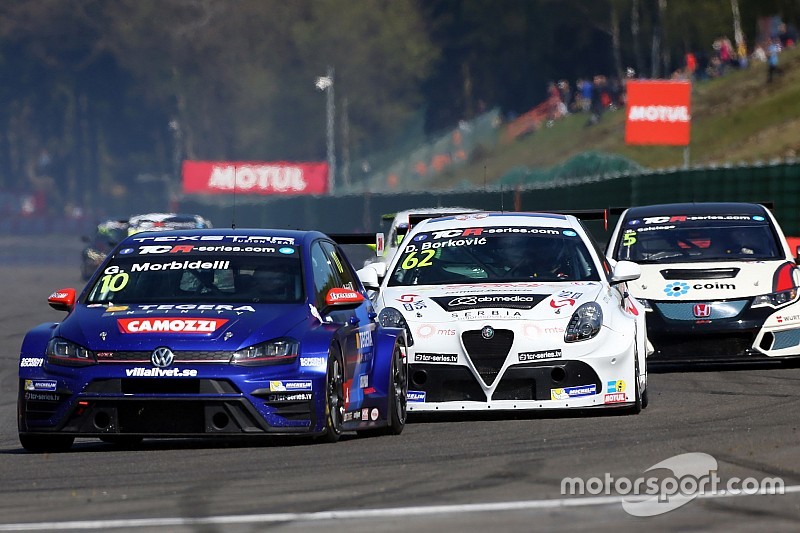 Monza is another legendary motorsport venue visited by TCR International Series, this year for Rounds 7 & 8

The fourth race meeting of the 2017 TCR International Series takes place this weekend on Monza’s super-fast Autodromo, which is known worldwide as the ‘Temple of Speed’; another legendary motorsport venue visited by the series, after Spa-Francorchamps where rounds 5 and 6 were run last week.

The International Series has already competed at Monza, in 2015, providing two very lively races in which groups of cars were running abreast into every corner.

Local hero Gianni Morbidelli scored a double victory at the wheel of a WestCoast Racing Honda Civic, but he had to fight hard to recover and beat his competitors.

In Race 1, Morbidelli had a poor start from pole and eventually emerged as the winner after a four-way fight with the SEAT cars of Pepe Oriola, Andrea Belicchi and Stefano Comini.

The second race was even more thrilling, as Fernando Monje took the lead in his Opel Astra. The Spaniard was chased by a group of six cars that included Morbidelli, Belicchi, Oriola, Comini, Jordi Gené and Kevin Gleason. Positions were swapped several times and contacts were made. Finally Morbidelli beat Gené and Monje to the line by mere inches, with the latter giving Opel its best result so far in the series.

This year the TCR International Series runs within the frame of the European Le Mans Series 4 Hours. Track activity will begin on Friday, with two 30-minute Free Practice sessions; Qualifying will take place on Saturday morning, followed by the first Race in the early afternoon. Race 2 will start on Sunday morning.

TCR in Monza – the event at a glance