Chaz Mostert headlined a number of Supercars stars that sampled TCR machinery at the Australian launch of the category in Sydney yesterday. 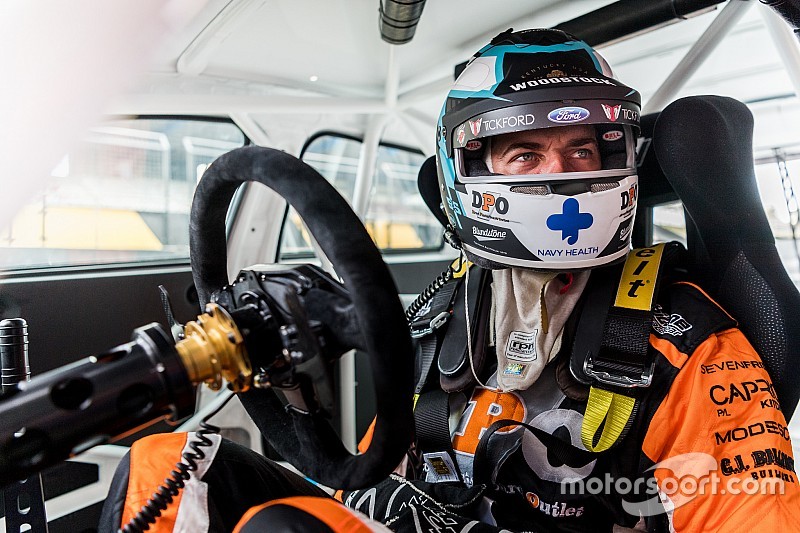 Mostert drove the Hyundai i30 run by HMO Customer Racing at the Sydney Motorsport Park launch, the Tickford ace and BMW GT driver likening it to a front-wheel-drive GT3 car.

”I haven’t driven too many front wheel drive cars, but it felt pretty cool," he said.

"They are kind of like a hot hatch, front-wheel-drive GT3 car.

“As a front wheel drive car, it’s definitely on steroids! You can get quite a lot of speed up and the way it moves around is quite exciting. It also makes you feel pretty safe behind the wheel.

“They are actually quite comparable to a GT3 car in terms of driver satisfaction.  “Overall, I think TCR is pretty cool and it will be great to see a big field of these. Toe-to-toe racing, there’s a lot of potential in the series.

"It is chalk and cheese [compared to a Supercar], I have no doubt that spending a bit more time in this style of car would require a different driving style," said Moffat.

"I have grown up driving Supercars so I am bit programmed to that style of driving. The initial feeling was really positive."

Moffat added that he'd be open to doing a deal to run in the series next year.

"I’m only a part-time Supercars driver these days so I have to look at other avenues to put food on the table," he said.

"The calendar has been launched and they going to run on the Shannons [bill] and none of that conflicts with any of the Supercars stuff. I see it as a category that has got a lot of potential, but it is one of those things where we will have to wait and see and what it leads to."

Bathurst winner Jason Bright was also on hand at the launch, although unlike Mostert and Moffat he didn't drive any of the four cars.

Still, the former Supercars full-timer was impressed with what he saw from the sidelines, and admitted he'd be keen to get behind the wheel should the right opportunity come along.

"It's always hard to gauge it when you only see one on the track, but I think a full field of them should be able to put on some good racing. They're a racey little car, pretty basic but good tyres and good aero."

Bright, who has run teams in both Supercars and the Australian Rally Championship, reckons there could be a business case to fielding a pair of TCR cars.

"Capping the cost of the cars and the serviceability of the engines and all that, I feel like as a category that's what you need," he said. "That's the attraction for everyone [at the launch], you can go and buy a car off the shelf and be competitive because, looking at other [TCR] series around the world, they do a good job of the balance of performance.

He's understood to be in talks with teams about a possible seat in 2019.

Luke Youlden, meanwhile, made several on-track appearances at SMP, the 2017 Bathurst 1000 winner switching between TCR cars and the S5000 open-wheeler.

Other notable participants in the launch were former Bathurst starter and Australian Formula Ford Champion Leanne Tander, who drove the Audi, along with Super2 regular Macauley Jones, who is likely to make a full-time switch to Supercars with his dad's Brad Jones Racing outfit in 2019.

The Jones family has a strong link to the Audi brand, Brad Jones having run Super Tourers from Ingolstadt back in the heyday of two-litre Touring Car racing in Australia in the 1990s.