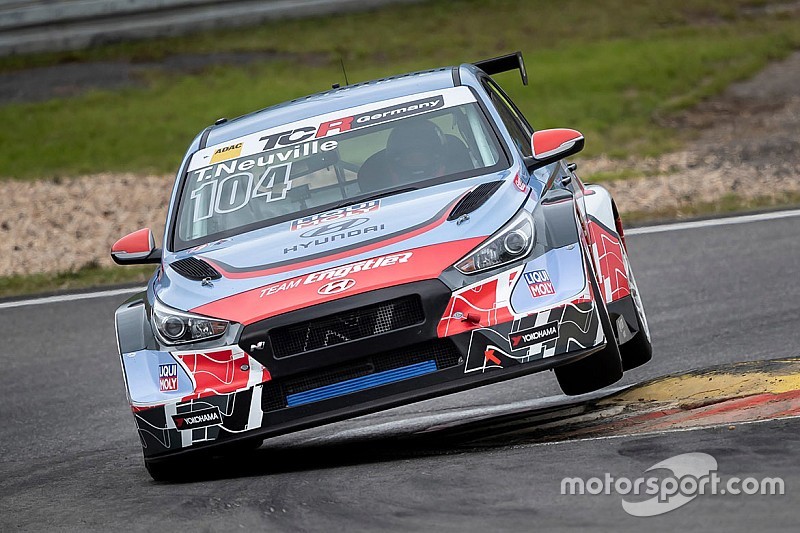 Neuville, who lies third in the WRC standings after this month's Rally Finland, had tested Hyundai’s i30 N TCR car prior to the weekend.

He topped the first free practice session and then secured pole on Saturday morning ahead of the weekend's opening race, in which he also set fastest lap.

The race wasn’t straightforward for the 31-year-old Belgian as he had to survive a safety car restart when Bradley Burns’ Honda Civic caught fire, but after the restart on lap 11 of 19 he maintained the lead all the way to the finish.

As Neuville is not eligible to score points in TCR Germany as a guest driver, his Team Engstler teammate Max Hesse appeared happy to hold second, finishing 4.233 seconds behind Neuville.

Neuville faces the prospect of fighting his way up from eighth in Sunday’s reverse-grid second race, which starts at 2.40pm local time. 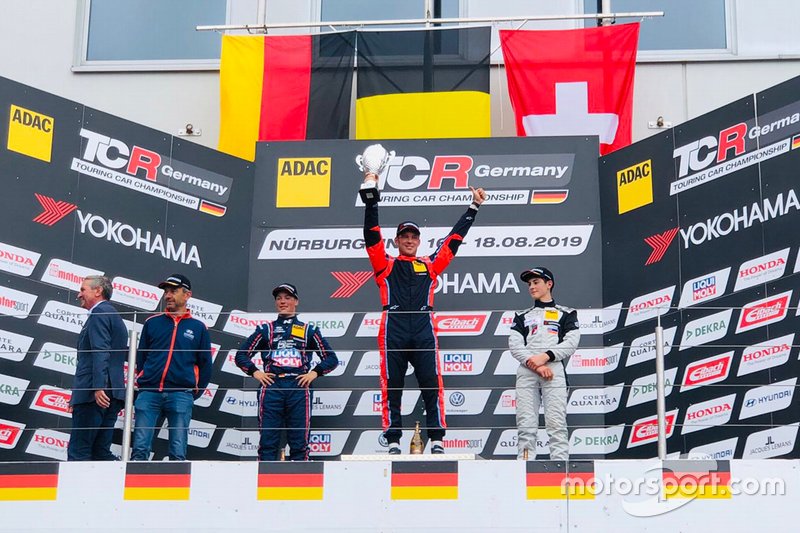