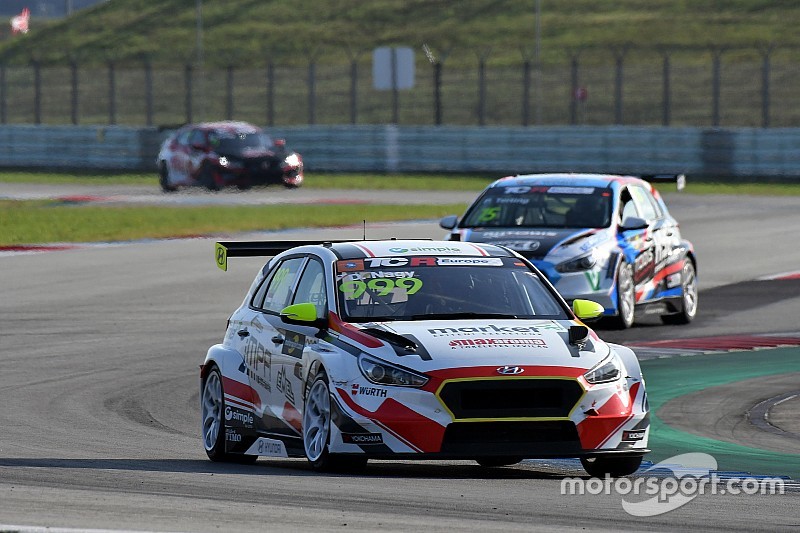 A two-car Hyundai squad is the first confirmed entrant for the new-for-2019 TCR Australia series.

HMO Customer Racing is set to run a pair of i30s in the series as part of a customer relationship with Hyundai Motorsport in Germany.

Headed up by Dave Cameron and Barry Morcom, the team is also marketing itself as the sales and spares agent for both the TCR Hyundais and R5-spec i20s in the Oceania region.

“We’re 100 per cent ready to go in TCR. The cars have been ordered and they will be here. We will be on the grid,” confirmed Cameron.

“We’re now working to enlist the help of Hyundai Australia on the programme.

“We’ve got the okay from Germany to go ahead as a customer racing partner. We’ve signed the first round of contracts with Mr Scott Noh, the president of Hyundai Motorsport, and once we sell the next two cars then we move to the second phase of the agreement."

Cameron added that availability of more Hyundai TCR cars won't be an issue, although he is hoping other manufacturers will get involved to stop it looking like a one-make series.

“We are open to enquiries. We will be able to get as many cars as we need. That could be up to eight TCR cars, but we don’t want to turn it into Formula Hyundai.”

Hyundai Australia has confirmed it is in talk with Hyundai Motorsport about the deal, and is planning on supporting the local presence in some form.

“We think TCR in Australia has every chance of continuing the amazing success we’ve seen in other countries and regions – we will be supporting Hyundai Motorsport in Germany and Dave Cameron’s operation here in every way we can to help drive that success," Hyundai Australia spokesman Guido Schenken told Motorsport.com.

Currently there is just one TCR car in the country, an Audi RS3 that was first flown down under for promotional purposes and has since been living at Melbourne Performance Centre.

TCR Australia has the backing of the Confederation of Australian Motor Sport, and will be run by ARG, the same organisers behind the S5000 series.

It's expected to mostly run on the Shannons Nationals bill next year.

TCR to introduce standard ECU from 2020