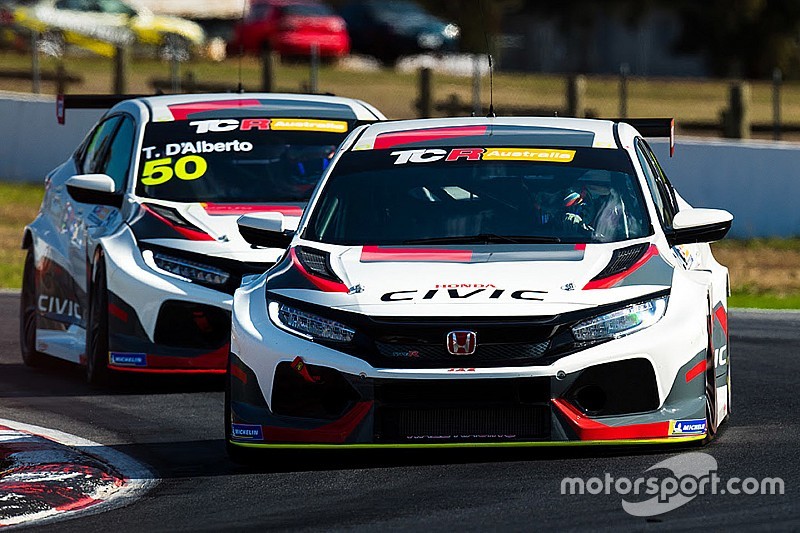 The test was the first proper hit-out for the new-for-2019 category, previous running having mostly been limited to the launch at Sydney Motorsport Park last November.

There were 12 cars on the ground for the crucial pre-season outing, the only confirmed entries missing being the two Garry Rogers Motorsport Renaults and one of the two Kelly Racing Opels, all three of which are yet to land in the country.

No official laptimes have been published from the test, which means the pecking order will be largely unknown when the series kicks off at SMP next week.

For a number of drivers it was a first taste of TCR hardware, among the newcomers Bathurst 1000 winner Jason Bright, who will field two Volkswagens under the Team Tradie banner this season.

“I’ve driven a lot of different cars in my career, from GT cars to Le Mans prototypes, sportscars and open-wheelers, and the TCR is a lot of fun to drive,” said Bright.

“I expect the racing is going to be awesome because the cars move and bounce around so much and it’s going to create plenty of excitement for the fans.

“It’s a new category in Australia, the cars are still very fresh and teams haven’t had the chance to do any [private] testing yet so it’s a very level playing field in that regard and I think that’s a good thing.

“The cars have run really well here and we can’t wait to get to Sydney.”

Will Brown, Supercars enduro driver and Super2 regular, was another to get his first taste of a TCR car.

“They’re fast, they look tough and they feel great to drive out on track," said Brown, who will race a Hyundai for HMO Customer Racing.

"It was certainly a different feeling getting used to the front wheel drive, but once I got used to that it I loved every second of it, it was a ball of fun to steer,.

“The TCR cars are on a world scale as we can see they’re huge in Europe. Compared to the home grown Supercars, the V8s are a bit faster but this is completely different to drive.

“The test day so far has been great and hopefully when we get to Sydney in two weeks we can be really competitive from the outset.”

Australian Rally Championship front-runner Molly Taylor was one of the few drivers to bring some TCR experience into the test, following a brief drive of a Subaru in Italy last year. However the Kelly Racing signing says there was still plenty of learning to be done at Winton as she continues to hone her circuit racing skills

"It was a big first day for me here at Winton. There was a lot to take in and so much to learn, but I really enjoyed the day with Kelly Racing and I know what I need to work on heading to Round 1 in Sydney,” said Taylor, who will race one of the team's WRXs.

“I have had a taste of the Subaru TCR car previously in Europe, but the conditions here are very different, and today I had an engineer and data to work with, so that part of it was new to me and that’s where I have a lot to learn.

“I’m used to having someone else in the car talking to me so I was all alone in the car, and adjusting to tarmac from gravel was a huge learning experience as it requires the driver to be very precise, so those were the key differences for me.

“On top of that, throw in 15 other cars on track trying to beat each other rather than just me against the clock, so that’s something to look forward to when the series gets underway.” 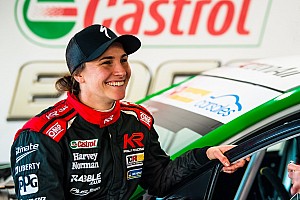