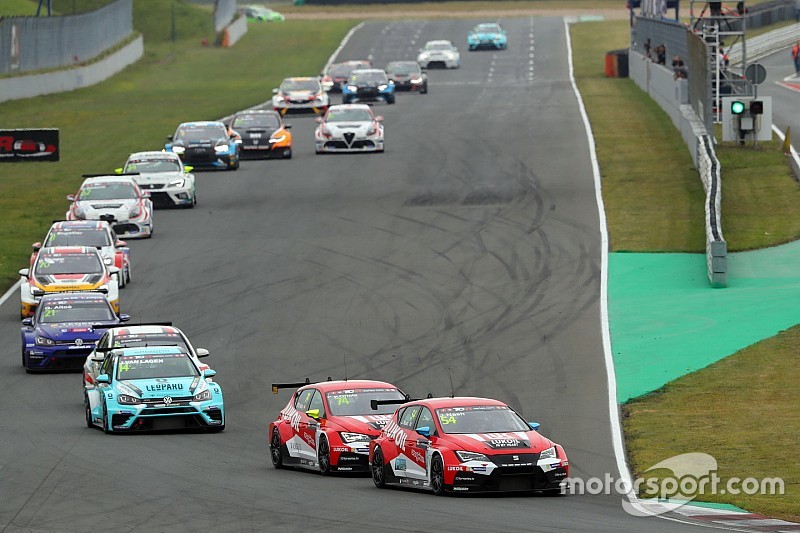 James Nash did a stunning job to carve his way from P7 to P4 over the 17 lap race, scoring some much needed points in the process.

Lukoil Craft-Bamboo Racing graced the podium once again in race one in Oschersleben, with Daniel Lloyd running a superb race from P3 to claim his first ever TCR International Series podium. James Nash did a stunning job to carve his way from P7 to P4 over the 17 lap race, scoring some much needed points in the process.

Pepe Oriola was looking strong early on but was unfortunately forced to retire with radiator damage after contact with another competitor. Race two was a disaster for Oriola and Nash, with both drivers being taken out due to a chaotic incident at the start.

Thankfully, Lloyd made it through unscathed and restarted the race in P3, where he then put in another good performance to finish P4 and help Lukoil Craft-Bamboo Racing end the weekend with the second highest amount of points.

Thanks to the team’s 46 point haul this weekend, they have now closed the gap to first in the teams’ standings and need only 33 points to claim the top spot when the series reconvenes in Thailand in September.

“It has been a bittersweet weekend for the team, with a great drive from Daniel and James who showed great maturity at the front of the field in race one. Pepe had a racing incident with another car. He believes he was brake tested, the cameras aren’t so forgiving but at the end of the day it is irrelevant as we lost the points. In race two I know there wasn’t much that the two drivers could have done as they got caught up in the accident. Dan brought home a very competent result in race two but we didn’t quite have the pace of the Volkswagens this weekend. We are competitive none the less and I think we will be very competitive next time out in in Thailand and hope to score as many points as we can in the run up to the end of the season.”

“I am over the moon about race one, I had a great start off the line and managed to get into P2 by the first corner. Morbidelli was incredibly quick and it was difficult to keep up, but I managed to stay with him. It is nice to be able to show my pace and I am really happy with second place and my first podium. We made a few changes for race two but I didn’t have the same pace and it was a bit of a struggle. We finished fourth and I am a little disappointed that we didn’t get another podium. I am grateful that I didn’t get caught up in the mess at the start, which was a real shame for James and Pepe.

“I was pleased to make a good start in race 1 that got me from 7th to 4th. I really wanted a podium but wasn't able to attack Huff. Race 2 I held out much more hope as this time I was starting 4th. I really expected a top 3 finish. Again my start was good but Robert Colciago moved across and hit Jean-Karl Vernay who in turn spun me across the track. It's now going to be hard for the team to turn the cars around to get them ready to catch the ship to Thailand.”

“Race one was a little bit disappointing with the drive through penalty after I made contact with Jaap Van Lagen. From my point of view, it wasn’t my fault; he hit the brakes or lifted off the throttle, when you should be flat through there. They could have put it under investigation but they didn’t even look at it. Race two there is nothing else to say, Colciago hit me coming in backwards and that was it. I am looking forward to the holidays and focusing on Thailand.

Craft-Bamboo Racing to fight for Teams' Championship lead in Buriram