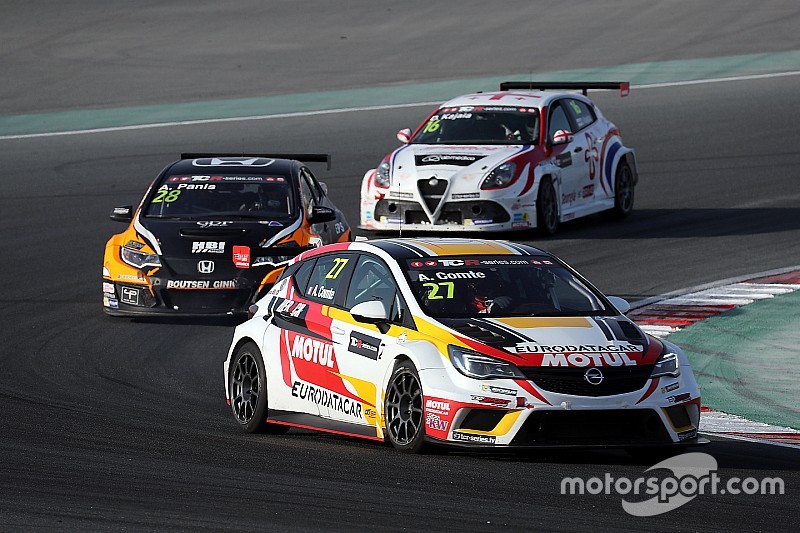 The Confederation of Australian Motor Sport has signed a five-year deal with WSC Ltd to develop a TCR Touring Car class in Australia from 2019 onwards.

The deal will see CAMS appoint a commercial promoter to run a TCR series down under, with expressions of interest already open.

The decision from CAMS to back the instigation of a TCR series in Australia comes 18 months after the governing body is understood to have shot down plans from a private group to do the same thing.

In October 2016 a group led by financier Adam Hammond looked to launch a six-round Aussie TCR series for the following year. When it didn't happen, Hammond claimed that CAMS blocked his plans to bring the cars into the country.

This new deal points to a shift in attitude towards TCR from CAMS, with CEO Eugene Arocca heaping praise on the growing category.

“This is an exciting development for Australian motorsport," said Arocca.

"TCR Australia will provide the opportunity for affordable, competitive action in cars that are direct derivatives of popular road-going cars.

"We are looking forward to working with manufacturers and competitors to ensure the success of this category.

"The worldwide interest in TCR has been very encouraging and we anticipate that the competitive Australian car buying market will see a number of manufacturers support the category."

According to WSC Ltd owner Marcello Lotti, the introduction of TCR rules to Australia is a significant step.

“We are absolutely delighted," he said.

"The deal with CAMS, which is the driving force behind the success of Australian motorsport, adds a fourth continent to those – Europe, Asia and the Americas – where TCR series have already been established.

“This is also a great challenge, because motorsport is hugely popular in Australia and the local fans are enthusiastic and competent.

"We are confident that they will soon learn to love TCR just as has happened with their fellow fans across the rest of the world.”

The Australian deal follows the recent confirmation that the World Touring Car Championship will adopt TCR regulations, and be known as WTCR from this year onwards.