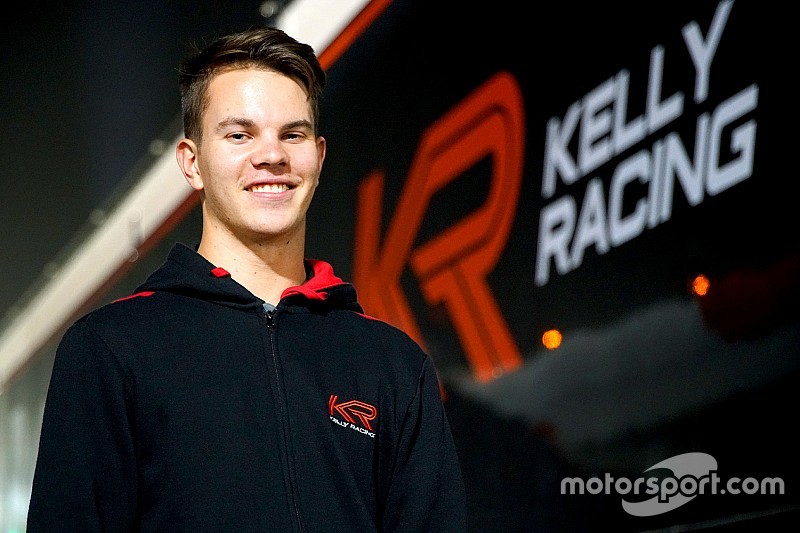 Rullo, 18, has signed on with the Supercars squad for its foray into TCR, with a deal to race one of its two German-built Astras.

He's the second of four KR TCR drivers to be confirmed, following news that Molly Taylor will race one of the team's two Subarus.

It's understood that the TCR deal will come as part of a wider deal with the Melbourne-based team, Rullo also expected to reprise his role as Simona de Silvestro's co-driver at the Supercars long-distance races for a second year running.

He's set to sample the Astra for the first time at the pre-season test at Winton on Monday.

“It’s great to be continuing my relationship with Kelly Racing in the new TCR Australia series driving the new Astra,” said Rullo.

“The cars are terrific. The car has just landed and I‘m looking forward to driving the Astra at Winton on Monday. I drove a British Touring Car Astra in the UK recently. They are similar to the TCR cars, and that was a heap of fun.

“My expectation is to be competitive. The driver and team line-up looks really strong, but it’s a new series, new cars and everyone is new to it so there are a lot of unknowns.

"Kelly Racing is a great team, so I feel we are going to be at the top and really looking forward to being a part of it.”

Team owner Todd Kelly added: “We really enjoyed our relationship with Alex last year and we are glad to be able to keep him in our stables in the Astra TCR car.

“For a young kid, he is very mature behind the wheel and has a lot of potential. These cars are going to suit him and the experienced field of drivers will be a good test.

“We are very confident that he will be competitive and we’re can’t wait to get the car out on track at Winton and Monday and get a good feel for it all.”

While Rullo's car has arrived in Australia branded as an Opel, it could feasibly be re-branded as a Holden Astra now that KR is no longer a factory Nissan Supercars team.

Despite his tender age Rullo brings significant experience to the series. He started out in Super3 as a 14-year-old, before spending the 2017 season in the Supercars main game with the now-defunct LD Motorsport when he was 16.

For 2018 he stepped back to the Super2 series, as well as partnering de Silvestro at the long-distance races.