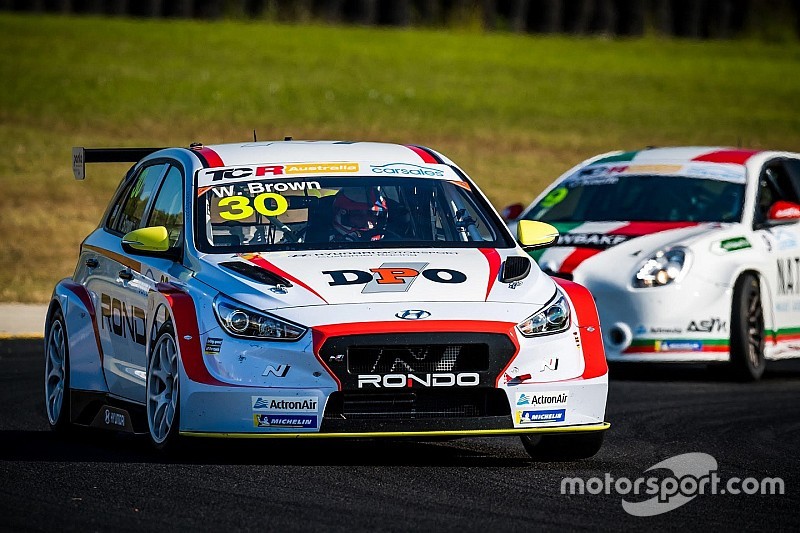 The HMO Customer Racing Hyundai star once again did battle with Super2 rival Dylan O'Keeffe, a Lap 9 pass setting up a second win for the day.

"It was pretty cool," he said. "The car was feeling great. It's great to get the two wins, I can't thanks the guys at HMO Customer Racing enough. I'm having a ball."

For the third time this weekend the polesitter lost out at the start, Dylan O'Keeffe sweeping past Brown through Turn 1.

Things got worse for Brown at Turn 2, a bump from Tony D'Alberto forcing him wide and allowing Andre Heimgartner to sneak into second place.

Before the end of the first lap the Safety Car was already called, thanks to a startline shunt between Rik Breukers (Audi) and Jimmy Vernon (Alfa).

When the race restarted on Lap 5 Heimgartner was all over the back of O'Keeffe, the Supercars regular looking set to grab the lead. However a mechanical failure for his Kelly Racing Subaru put paid to that just a lap later.

Not that O'Keeffe was off the hook, Brown immediately closing in on the Alfa.

He then took the lead on Lap 9, quickly pulling a couple of seconds to set up his second win of the day.

His final margin over O'Keeffe was 2.6s.

There was plenty of action behind the top two, with Wall Honda driver John Martin passing his teammate D'Alberto shortly after the restart.

GWR Hyundai driver Michael Almond then passed both of the Hondas, moving into third right before Martin was pushed off the road by HMO Hyundai driver Nathan Morcom.

It was Morcom's second run-in with a Honda, having pushed D'Alberto wide moments earlier. While he finished fourth on the road he was slapped with a minute's worth of post-race penalties – 30s for the Martin incident, 15s for the D'Alberto clash, and another 15s for a move on Jason Bright at Turn 1. 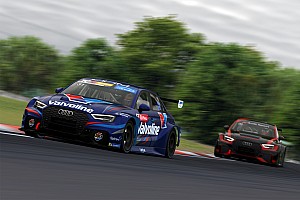 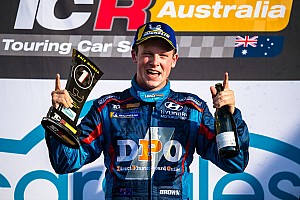 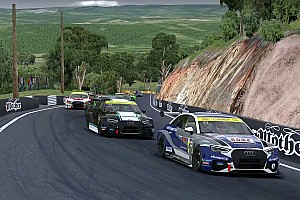