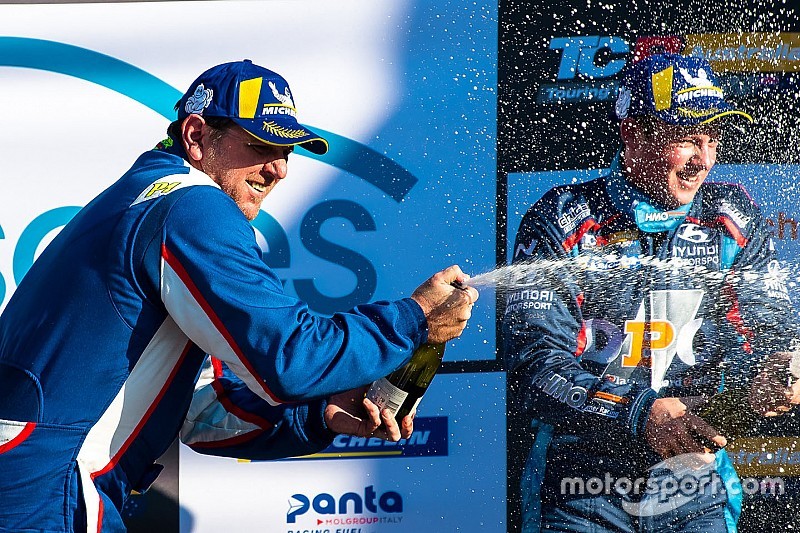 It was his first race win in any series since the Pukekohe Supercars round in 2014, back when he was a Brad Jones Racing driver.

The TCR programme, run in conjunction with Supercars squad Matt Stone Racing, is a comeback of sorts for Bright.

After a seven-year stint with BJR, Bright made an ill-fated move to Tickford Racing for the 2017 season. It was meant to be a two-year deal, but at the end of the season Bright was moved aside to make way for Richie Stanaway.

He spent 2018 on the sidelines, apart from a last-minute call-up to replace Matt Brabham at Team 18 for the Supercars enduros.

"It's pretty cool [to be a race winner again]. We had a really good period in 2013/2014 with BJR, we were winning races and we were competitive. But that slipped away about towards the end of my time there.

"In the one year with [Tickford] we made good progress all year, but didn't quite get to the point where we were getting podiums. I needed another year there to push on with it.

"I looked at trying to do Carrera Cup last year, but by the time I tried to pull something together it was way too late. I wasn't going to go in there half-arsed.

"So when they announced TCR I was really keen to be involved, not just driving but having a team. I'm glad it all came together."

The 46-year-old added that, despite having nearly a full year off racing, he feels like he's still in top form.

"I feel like I'm driving as well as I ever have," he said.

"It was good to just get in a rhythm in the race. At the media day it was just short stints. [Even] coming here this weekend, you're ragging it and driving flat-out in practice.

"To get in a rhythm, hit your marks and feel what the car is going, that was the best thing about finally getting into a race."

Bright also said he never ruled out doing more winning, although admitted he expected future victories to come at a lower-level category.

"I always intended to do some more racing, but probably in a Pro-Am sort of category, as opposed to a competitive category like TCR," he said.

"I think I can still be competitive and hopefully today I proved it. I hope we can be on the top step a few more times."