Former MotoGP rider Anthony West has been provisionally suspended over a potential doping violation, the FIM has announced.

The 37-year-old Australian, who rides a Kawasaki ZX-6R for his own team EAB Antwest Racing in the World Superbike-supporting World Supersport championship, failed an in-competition drug test administered during the July round at Misano.

The FIM statement read that “an Adverse Analytical Finding of a non-specified substance under Section 6 (Stimulants) of the 2018 FIM Prohibited List” was found in West's urine sample.

The rider, who is “barred from participating in any motorcycling competition or activity until further notice”, can request the analysis of a B sample.

West, who has won races in 250cc, Moto2 and World Supersport, has had an on-and-off career in grand prix racing's premier class that spanned well over a decade.

His most recent MotoGP appearance dates back to 2015, when he stood in for Karel Abraham aboard an Open-class Honda bike.

West tested positive for banned stimulant methylhexanamine in 2012, when he was competing in Moto2.

He received an initial one-month suspension before an appeal from the World Anti-Doping Agency for a harsher punishment yielded a retroactive 18-month ban, meaning he was disqualified for over a season's worth of Moto2 races between 2012 and 2013 – which included a pair of runner-up finishes. 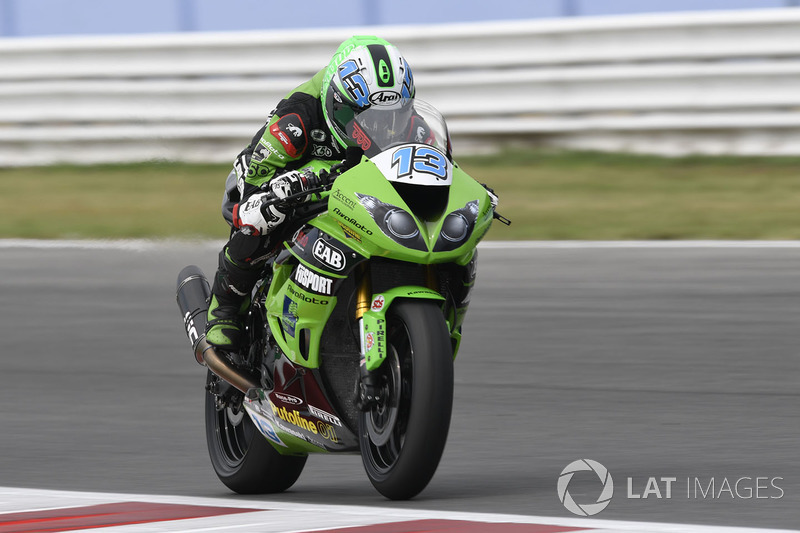 “Sad” Zarco having to “fight with my own bike”

Rossi: Yamaha may have to consider V4 engine switch

West returns to World Superbike for rest of the season

Anthony West looking at WSBK and ARRC for 2017